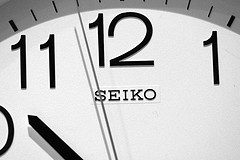 Edward Wasserman, Knight professor of journalism ethics at Washington and Lee University wrote in a guest column for The Miami Herald Sept. 29 that the 24/7 news cycle “creates such a ravenous hunger for conflict and turbulence that it continually rewards the most extreme, twitchiest, most irresponsible assertions with prominence and repetition.”

Instead of journalists acting as filters for the public, sifting through information and only providing the newsworthy and interesting information, the current state of journalism and media is “terrified to filter out things that are being bruited about elsewhere even if they don’t meet elemental standards of veracity or newsworthiness.”

Further, Wasserman called out the new media landscape for publishing unverified information with the assumption that it can later be easily corrected.

“Verifying things before launching them before the public is deemed quaint and pointless,” Wasserman opined.

“The reality, that falsehoods do harm, that they’re never fully expunged even if corrected, and that people who engage in public communication have an obligation to exercise care, is a hindrance to today’s news ecology. ”