Google Changes ‘Right to be Forgotten’ in EU, Japan Orders Google to Remove some Search Listings 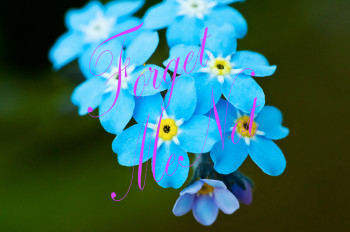 Google is getting rid of a way around the “Right to Be Forgotten” in the European Union.

As iMediaEthics has previously reported, in 2014, the European Court of Justice ruled that people can ask for search engines like Google to remove links to search results for articles that are “inadequate, irrelevant or no longer relevant.”

Now, Google is following the letter and the spirit of the “Right to be Forgotten,” making it so if you are in the EU, no matter how you search on Google, you won’t see the delisted content.

In a March 4 blogpost, the company explained the changes:

“Our current practice is to delist from all European versions of Google Search (like google.de, google.fr, google.co.uk, etc) simultaneously. Starting next week, in addition to our existing practice, we will also use geolocation signals (like IP addresses) to restrict access to the delisted URL on all Google Search domains, including google.com, when accessed from the country of the person requesting the removal. We’ll apply the change retrospectively, to all delistings that we have already done under the European Court ruling.”

“So for example, let’s say we delist a URL as a result of a request from John Smith in the United Kingdom. Users in the UK would not see the URL in search results for queries containing [john smith] when searching on any Google Search domain, including google.com. Users outside of the UK could see the URL in search results when they search for [john smith] on any non-European Google Search domain.”

According to the Google blogpost, the changes were prompted by “specific discussions that we’ve had with EU data protection regulators.”

Meanwhile, in Japan, Saitama district court judge Hisaki Kobayashi has ordered Google to delist all news stories about a man’s arrest under the pretense of Right to be Forgotten. Google is appealing.

“While Japanese courts have demanded the removal of information strictly for privacy reasons, the recent ruling by Saitama district court is the first in the country to cite the right to be forgotten – something that has been enshrined in law in the European Union – in demanding the removal of personal information online, according to legal experts,” the Guardian reported.

iMediaEthics has written to Google to ask if it is appealing the Saitama ruling or if it will proceed with delisting.

Google Changes ‘Right to be Forgotten’ in EU, Japan Orders Google to Remove some Search Listings