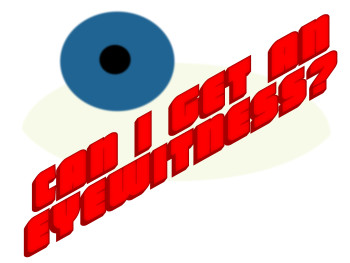 Human rights advocacy group WITNESS released ethics guidelines for the use of eyewitness footage last October. “Some eyewitness videos have the potential to put individuals and communities at greater risk of harm if shared widely or misused,” the introduction to the guidelines says. “Many videos found online were never meant to be public in the first place. Others were taken with the intent to cause fear, inflict harm, or incite violence.”

WITNESS, which was founded in 1992 and is based in New York, “trains and equips activists and citizens around the world to use video in their fight for human rights,” its website says.

iMediaEthics contacted WITNESS’s program manager Madeleine Bair to learn more about the guidelines. Bair said there wasn’t one incident that prompted WITNESS to create and release the guidelines. Rather, she said, there was an accumulation of events where the media had to decide whether to use eyewitness video so WITNESS decided to publish guidance.

“There have been a number of moments over the years in WITNESS’s experience as an organization curating human rights videos when the decision to share a video was much more complicated than the desire to expose abuse,” she told iMediaEthics, pointing to the video of the death of Iranian woman Neda Agha-Soltan, who was shot in the street in 2009, and videos of the fighting in Gaza and Syria.

Before sharing footage, there are several questions publishers need to debate — not just what does the video show and is that OK to publish, but where did the video come from (i.e. is it propaganda?), what is the greater context of the video, and will the person who provided the video face any repercussions, Bair explained.

Some of the major steps journalists should take before using eyewitness footage include:

Other questions WITNESS raised in its guidelines:

“Does sharing videos by extremist organizations aid their goals of provoking fear and glamorizing violence, or is it a necessary part of news gathering? Should eyewitnesses be asked permission before their videos are broadcast by news media, or would that hinder the reporting process? How can investigators and advocates report on abuse caught on camera without violating the privacy or impacting the security of those seen on video?”

Bair told iMediaEthics by e-mail that WITNESS’s guidelines are based on its internal standards. “We were approached by several of our peers for recommendations on how to address these questions, which is when we decided to develop our internal guidelines into a valuable resource for many more people and organizations,” she said.

What went into the guidelines? “The guidelines comprised expertise and experience WITNESS has gained over many years from our work curating videos on The Hub and the Human Rights Channel, as well as from our experience working with activists on the frontlines of documenting human rights issues,” Bair wrote to iMediaEthics. The guidelines incorporated advice and “core values” from other ethics codes like the U.S. Society for Professional Journalists, Online News Association, and ICRC’s Professional Standards for Protection Work.

“WITNESS’s Ethical Guidelines do not stray from those values, but rather inform readers about how this new method of reporting–using footage filmed by others–can lead to us violating those ethical codes without even realizing it, if we do not make the effort to learn how to uphold those values while using eyewitness footage,” Bair said.

The guidelines were recently re-circulated after the International Journalists’ Network interviewed Bair.

“Notions of privacy, dignity and security vary across countries and cultures,” Bair told IJNet. “The guide was developed from WITNESS’s experience curating human rights videos from around the world, and working with citizen journalists and media activists who are on the other side of the camera in a diversity of regions. It also includes examples and expertise gathered from colleagues from different countries.”

“The response has been incredible, and much greater than we had even anticipated, which shows that we tapped into a real need,” Bair told iMediaEthics, noting the guidelines have been downloaded more than 5,000 times since October and will soon be published in Spanish. For more on the guidelines, Bair pointed to WITNESS’s blog series expounding upon the guidelines and her upcoming March 9 webinar on eyewitness footage ethics for Poynter’s News University.

Read the guidelines in full here.