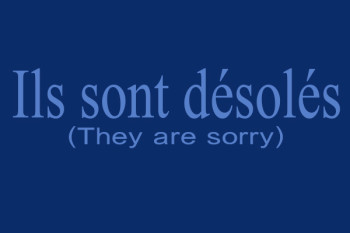 Emerson said Jan. 11 that there are actual cities like Birmingham that are totally Muslim-free, “where non-Muslims just simply don’t go in,” according to the New York Times.

“In parts of London, there are actually Muslim religious police that actually beat and actually wound, seriously, anyone who doesn’t dress according to Muslim, religious Muslim attire,” Emerson said.

He later apologized for his “inexcusable” error.

“There was no excuse for making this mistake, and I owe an apology to every resident of Birmingham,” he apologized. “I am not going to make any excuses. I made an inexcusable error. And I am obligated to openly acknowledge that mistake. I wish to apologize for all residents of that great city of Birmingham.”

A spokesperson from Birmingham Children’s Hospital Charities provided iMediaEthics with the following sstatement: “We would like to thank Mr Emerson for his donation to Birmingham Children’s Hospital. The money he has donated will go towards improving the lives of thousands of patients and their families who are treated at our hospital each year. We hope that the public reaction to his comments have shown what a fantastic city Birmingham is to live and work in.”

He added, “When I heard this, frankly, I choked on my porridge and I thought it must be April Fool’s Day.” See Cameron’s comments here.

In addition to Emerson’s remarks, News Corp executive chairman Rupert Murdoch stirred controversy with his Jan. 9 tweet in response to the Charlie Hebdo attacks:
Maybe most Moslems peaceful, but until they recognize and destroy their growing jihadist cancer they must be held responsible.

Meanwhile, over at BBC, BBC News presenter Tim Willcox apologized for telling the daughter of a Holocaust survivor “Palestinians suffer hugely at Jewish hands as well.”

Willcox interviewed the woman during his broadcast from a Jan. 11 report on the rally in Paris for Charlie Hebdo, the Independent reported.
See his segment below.

Really sorry for any offence caused by a poorly phrased question in a live interview in Paris yesterday – it was entirely unintentional
— Tim Willcox (@BBCTimWillcox) January 12, 2015

“Tim Willcox has apologised for what he accepts was a poorly phrased question during an in-depth live interview with two friends, one Jewish and of Israeli birth, the other of Algerian Muslim heritage, where they discussed a wide range of issues affecting both the Muslim and Jewish communities in France. He had no intention of causing offence.”