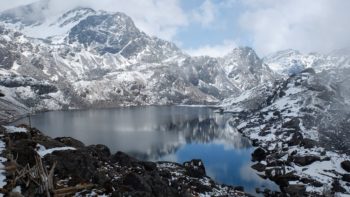 Eight Nepali news outlets published graphic photos of a bus crash on their websites. Now the Press Council of Nepal wants them to explain their actions, My Republica reported.

The eight outlets were Onlinekhabar.com, Peacepokhara.Com, Ratopati.Com, Everest Daily.Com, Demokhabar.Com, News 24 Nepal.com and Dishnepal.Com. iMediaEthics has contacted all of the outlets for comment (except for Dishnepal.com, as the website appears to not exist at this time — we received a message saying it doesn’t have a server DNS).

While the press council looks into the news outlets’ decision, all eight of these venues must delete the photos.

iMediaEthics has contacted the Press Council for more information. We will update with any new information.