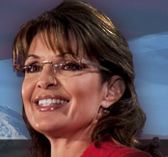 In light of Sarah Palin’s early October announcement that she would not be running for president in 2012, American Journalism Review called on journalists to “overcome their Sarah Palin addiction” and “find something else to obsess about.”

AJR thanked Palin for announcing her decision and criticized the media for being a “coconspirator” in over-reporting on Palin, described as “an accomplished media manipulator.”