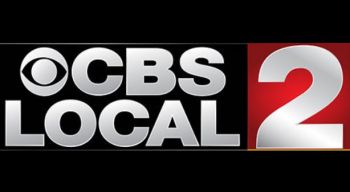 Kris Long, the news anchor for a California CBS affiliate KESQ (Local 2), apologized after writing a Facebook post about Brett Kavanaugh, the Supreme Court nominee who was accused of sexual assault.

Long’s now-deleted Facebook post says, in part, “you are beyond dreaming if you think 17-year-old boys are not going to misbehave from time to time as they begin to attempt relationships with the opposite sex. That is just the way we animals are made!”

CBS Local 2’s general manager Jerry Upham told the the Facebook post “does not represent the views” of the station. “We realize this is a sensitive subject and apologize for any offense this has caused,” Upham told the Palm Springs Desert Sun.

iMediaEthics has written to both Long and Upham to ask for more information including any disciplinary action.

“Mr. Long’s post on his personal Facebook page does not represent the views of CBS Local 2 or that of Gulf California Broadcast Company. Due to the nature of the post, we have chosen not to address the topic any further and apologize for any offense this has caused. We are addressing this issue internally. Our goal is to bring objective news to our viewers and we will continue our commitment to do that both on air and online.”

Long told the Desert Sun he deleted his post and acknowledged he “may have broken our social media standards.” On Facebook, Long wrote that he deleted the post, mirroring the statement from Upham and saying, “This is a sensitive and controversial subject and I apologize for any offense that this has caused.”

The previous post to this page has been deleted. This is a sensitive and controversial subject and I apologize for any offense that this has caused.