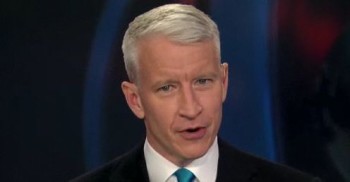 As has been widely reported, a teenager was injured earlier this month while taping himself skateboarding for Anderson, a CNN talk show.  The boy is currently in a coma.

But, is the boy’s injury the result of essentially an attempt to stage footage for Cooper’s show?

According to the Associated Press, the show’s spokesperson, Laura Mandel, told the AP “it had asked its guest for video footage  but wouldn’t comment on what he had been asked to film. The show didn’t provide the teen with the camera and learned of the injury on the morning he and his parents were to travel to New York for taping of the episode.”  Mandel reportedly “wouldn’t answer questions about the accident.”

Cooper also issued a statement on the incident, according to the Hollywood Reporter.  “I take this situation seriously, and my thoughts and prayers for his health, well-being and recovery are with him and his family.”

But, while Cooper’s show may absolve itself of legal responsibility by claiming it didn’t give direct instructions to endanger himself, iMediaEthics wonders if the show indirectly prompted the teenager’s accident by asking for the footage. Surely, the teenager would attempt to impress a potential national audience.  Further, by asking the teenager to tape himself skateboarding, wasn’t the Cooper show asking for staged, canned footage?

Gossip blog Gawker published a story suggesting that the show may be more responsible than it first appears. According to Gawker, “details are sketchy” but an unnamed source told Gawker that a Cooper show producer “encouraged [the] kid to go out and ‘film the crazy stuff you do” prior to the boy’s accident.

Regardless, Wemple argued that the Today show should have put less blame on Cooper’s show and emphasized safety because even if a major news network isn’t calling for footage, “many of these kids” are already making “their own, homemade vids”for YouTube and the public.

This skateboarding coma instance reminds iMediaEthics of our July 2009 report questioning the New York Times’ photos of teenagers driving dangerously.  The Times published a photo of a high school student texting while driving 60 mph, which raised questions about why the Times photographer didn’t warn the teen about the dangers of doing so, even if the newspaper didn’t get that money shot to accompany its feature story. Read more here.