Should NPR-affiliate Reporter have been fired? Failed to let politicians know she was doing a story - iMediaEthics

Should NPR-affiliate Reporter have been fired? Failed to let politicians know she was doing a story 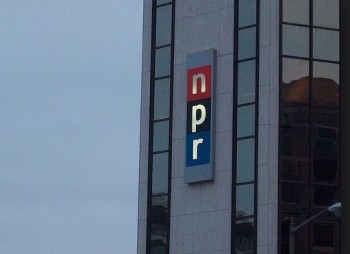 Helbert didn’t state she was a WUTC reporter there to cover the March 7 meetings. Though she was sitting among approximately twenty high school students, the two politicians apparently did not notice she was holding a 22-inch microphone, wearing headphones and had her WUTC press pass around her neck, the Chattanooga Times Free Press reported.

Helbert, who had worked for the station for six months, sat in on the meetings between the Cleveland High School Gay-Straight Alliance students and Sen. Mike Bell and Rep. Kevin Brooks about the Tennessee transgender bathroom bill, the Nashville Scene reported.

After Helbert’s story was published, the politicians complained, saying they didn’t realize she was a reporter and that their comments would be made public. In the story, Helbert reported that Bell made anti-transgender comments and Brooks said he wouldn’t support the bill.

The university fired Helbert and unpublished her article from the WUTC website.

What were the transgender comments she reported that led them to be upset?

Bell was recorded comparing being transgender to waking up and deciding you want to be a dog. He also called the science about genetics “hogwash.” After the meeting, “several [students] were visibly crying,” according to an archive of Helbert’s story.

Brooks was “skeptical” of the bill, Helbert reported, and concluded by saying he “probably will not…support it.”

Now, Helbert is suing the university for reinstatement, an apology and lost wages. Her lawsuit, filed March 30, alleges in part that she was told she was fired “purely for fear of funding cuts,” according to Nashville Scene.

Justin Gilbert, whose Tennessee Gilbert Firm is representing Helbert, told iMediaEthics by e-mail, “The lawsuit itself is quite detailed about what occurred in the conference room, and what was occurring behind the scenes.”

He questioned whether it is legal to demand a reporter identify him or herself in a public forum. “Perhaps an overlooked issue by some in academia is whether the government (here, a public college with state senatorial pressure) CAN compel verbal identification of a reporter in a public forum,” Gilbert commented. “In other words, aside from HOW one identifies oneself typically,  is demanding such verbal identification (compelled speech) even legal?”

Helbert defends herself by suggesting her reporting gear, microphone and press badge should have been enough to identify herself as a reporter doing a story. She admits she didn’t “verbally identify herself,” according to the Times Free Press.

“It was glaringly obvious who I was,” she is quoted as saying, noting she shook Bell’s hand. In her lawsuit, Helbert said she looked “cartoonishly like a reporter.”

However, Brooks claimed he had no idea there was a reporter and thought he was just talking to “young children,” which is how he characterized the high school students. Helbert is 32.

Then, Sen. Todd Gardenhire complained about Helbert’s journalism ethics during an unrelated meeting with UTC’s senior associate vice chancellor George Heddleston, according to the Times Free Press. iMediaEthics has written to Gardenhire to ask more about what prompted his complaint.

The university — not WUTC or NPR — then fired Helbert and deleted her story; NPR says the university shouldn’t have done so.

Shortly after Helbert was fired, a statement was posted on WUTC’s Facebook stating the university fired her “on a violation of journalism ethics.”

NPR later issued a statement about the firing, standing with Helbert. NPR noted that its affiliate WUTC wasn’t involved in the firing and didn’t make the decision to unpublish — university officials did. When asked by iMediaEthics about the incident, NPR declined to comment further.

“Serious questions have been raised about whether university officials were pressured to take those actions by state lawmakers — who could cut state funding to the school and WUTC,” NPR’s Michael Oreskes and Mark Memmott stated. “In both cases we at NPR believe the decisions should have been left to the journalists in charge. Taking the decisions about enforcing ethics out of their hands did more to undermine the station’s credibility than the original infraction.”

NPR added that Helbert “should have said explicitly to the legislators that she was there to report a story for WUTC,” but that it still was “obvious” she was recording the conversation for publication.

“Her mistake was not, her editors say, a firing offense,” NPR added. “Instead, it was a learning moment for a new reporter and she was counseled about her mistake. Her editors did not view the story as fatally flawed — she had not hidden her equipment or misled anyone.”

Further, NPR doesn’t unpublish unless it’s “the most extreme circumstances,” so WUTC shouldn’t have removed it. NPR also called for WUTC and the university to protect editorial independence.

Helbert’s lawsuit states that WUTC news director Mike Miller “complimented” her for her story and that her online story got the site’s most traffic ever. Almost a week after publication, Miller informed Helbert she should make sure subjects know they are being interviewed, but didn’t discipline her, her lawsuit reads.

Her lawsuit is published here and is against UTC, university spokesperson George Heddleston and station manager Charles Cantrell, identified “as decision makers” who “made the termination decision on behalf” of the university.

iMediaEthics contacted the university to ask if it typically is involved in hiring, firing, and unpublishing and for details about which politicians complained and its funding of WUTC. Spokesperson Tiffany Utsman Carpenter responded, “The University has no comment on this pending legal matter.”

Should NPR-affiliate Reporter have been fired? Failed to let politicians know she was doing a story