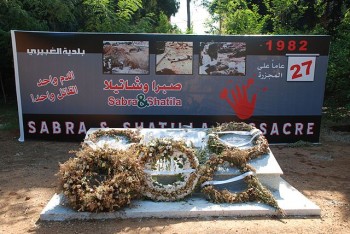 The Jewish Chronicle characterized the RTE statement as a retraction, but RTE didn’t use that term, iMediaEthics notes.

iMediaEthics found the RTE report that made the wrong claims and a news report with the correction.

RTE said in a Jan. 11 report, Ariel Sharon dies after eight years in coma, that Sharon led a 1982 massacre.

“Sharon oversaw the ill-fated invasion of Lebanon bringing the Israeli army all the way to Beirut, when hundreds of Palestinians were massacred in refugee camps,” the RTE report stated.

The refugee camps were at Sabra and Shatila in Beirut. The report went on to say: “Sharon was found personally responsible, earning him the reputation of a war criminal.”

Mark Humphrys on Twitter pointed iMediaEthics to another RTE report, Jan. 12’s “Ariel Sharon lies in state,” in which the broadcaster said the massacre was “led by Sharon in Beirut in 1982.”

However, those claims are inaccurate, as RTE later corrected.

Several people had complained about the report’s claim that Sharon led the massacre, the Jewish Chronicle reported.  Frank Baigel, the director of the Jewish Representative Council of Greater Manchester, a UK organization that “represents, defends, protects and promotes the best interests of the Jewish community,” especially in the Manchester area, was one of those calling for a correction.

“Sharon neither led nor participated in nor desired a massacre in Beirut. An Israeli investigation into the massacre found that he was responsible ‘for ignoring the danger of bloodshed and revenge when he approved the entry of the Phalangists into the camps.'”

CNN’s recent report on Sharon confirms that Sharon was only found “indirectly responsible by an Israeli inquiry” in the massacre.

At the end of a Jan. 26 RTE’s Nine News program, RTE aired its correction. The statement says:

“Before we go, in a recent RTÉ news report on the death of former Israeli Prime Minister Ariel Sharon, it was stated that Mr Sharon led the 1982 massacre in Beirut at the Palestinian refugee camps of Sabra and Shatila. While a subsequent inquiry found that Mr Sharon bore indirect responsibility, we were not correct to report the massacre was led by him.”

iMediaEthics has written to Franklin and Baigel for comment on the RTE statement. We’ve also asked RTE for more information and will update with any response.