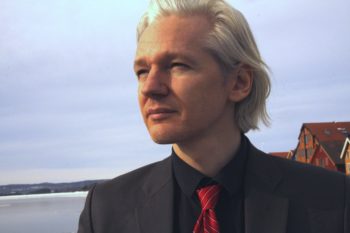 Editor’s Note : The WikiLeaks staffers/volunteers we corresponded with requested anonymity for their protection against “threats and harassment.”

Earlier this month Julian Assange of Wikileaks fame emailed iMediaEthics to ask our help in pushing for greater prominence for eight corrections he obtained from McClatchy Co. news outlets for stories about him.

iMediaEthics was surprised, but not because he wrote days before he appealed for asylum to the Ecuadorian Embassy in London. Our surprise resulted from the reason he gave for his request. McClatchy told him that corrections to stories in the Los Angeles Times, The Miami Herald, The Charlotte Observer and The Sacramento Bee, as well as the McClatchy/Tribune news service, would have to be posted on the McClatchy website because there was no corrections page. Assange had reached out to McClatchy to get greater prominence for eight corrections his U.S. lawyer Michael Ratner had sought earlier.

McClatchy’s Chief of Correspondents Mark Seibel told iMediaEthics that he informed Assange that there aren’t any corrections pages. “Julian later asked if we didn’t have a more prominent way to note the corrections, such as a newspaper might have a corrections column,” Seibel wrote. “I said no.”