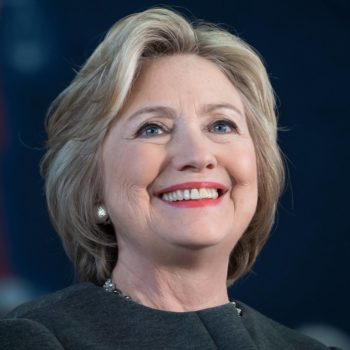 Two weeks later, the Associated Press deleted a tweet about Hillary Clinton that said “more than half those who met Clinton as Cabinet secretary gave money to Clinton foundation.” The AP also deleted a tweet about Donald Trump tweets and the death of NBA player Dwyane Wade’s cousin Nykea Aldridge.

Clinton’s campaign complained about the tweet last month, calling for the AP “to remove or amend” it. The AP finally took action Sept. 8, saying the tweet “fell short of AP standards by omitting essential context.”

“The tweet omitted the important distinction between discretionary meetings and official meetings,” the AP said in a blogpost.

“AP review: Many of the discretionary meetings Clinton had at State were with people who gave to Clinton Foundation. http://apne.ws/2csSI4s“

The tweet about Trump and Dwyane Wade was posted Aug. 27 and read, “Dwyane Wade and Donald Trump speak out on Twitter in wake of the NBA star’s cousin’s fatal shooting. https://t.co/og56Rb7fEv,” according to Mediaite.

“Prior to this guideline change, whether to delete or update tweets had been left to AP news managers to decide on a case-by-case basis,” the AP blogpost by Vice President for Standards John Daniszewski reads. “The new guidance is mandatory, subjecting tweets to the same internal review and response process as other AP content.”

The AP said moving forward, if the AP deletes a tweet, it will explaining why. The AP executive editor Kathleen Carroll commented, “Do we wish we had gotten to this conclusion earlier than we did? Absolutely.”

iMediaEthics is writing to the Clinton campaign for comment.