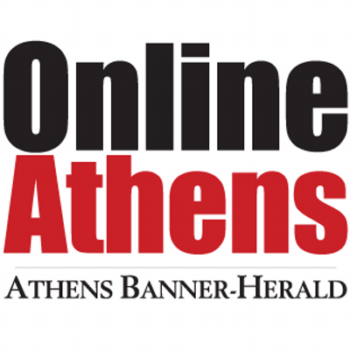 The Athens Banner-Herald‘s web edition, OnlineAthens, was thrown for a loss by a fake interview with someone posing as former University of Georgia quarterback Greyson Lambert.

OnlineAthens’ Chris Starrs fessed up to being hoaxed in a Nov. 11 apology, writing “I can’t say I was scammed by the oldest trick in the book, but I guess I can report that I was misled by one of the oldest tricks in the new book.”

Starrs found the phony Lambert through Facebook, where he said he discovered two different Greyson Lamberts. He contacted both parties, but heard back from only one via text. He then interviewed that person, assuming it was the real Lambert. However, the real Lambert contacted the university’s Sports Communications Office to flag the fake interview and say he didn’t give the interview. That office then contacted OnlineAthens’ Starrs to ask what happened.

“Suffice it to say, I was hoodwinked by this guy and then had to make a difficult call to the real Greyson Lambert to apologize and explain the situation,” Starrs wrote, noting that OnlineAthens unpublished the story and admitted he failed to “do the due diligence warranted.”
iMediaEthics has contacted OnlineAthens to ask what the hoaxster said, since the article has been deleted. We’ve also e-mailed the University of Georgia’s athletics department to ask if it and the real Lambert are satisfied with OnlineAthens’ response to their complaint.
The fake Facebook profile for Lambert has since been deactivated, OnlineAthens noted, and a Facebook spokesperson told iMediaEthics by e-mail that “claiming to be another person on Facebook violates our Community Standards, and we have a dedicated team that’s tasked with helping to detect and block these kinds of scams.” For example, the spokesperson said Facebook’s “systems are designed to check whether the recipient already has a friend with the same name, along with a variety of other factors that help us determine if an interaction is legitimate.”