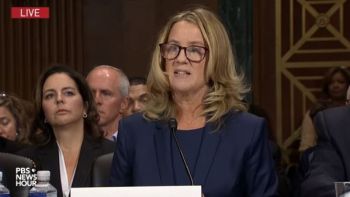 The New York Times posted a Twitter poll today asking readers to say whether they believe Christine Blasey Ford, who is testifying about her allegation of sexual assault by Supreme Court nominee Brett Kavanaugh.

The NYT Opinion Twitter account polled readers, “Christine Blasey Ford is testifying before the Senate Judiciary Committee today. Do you find her testimony credible?” The three options for readers were yes, no and unsure.

The Times apologized for its poll and deleted it. In a follow-up tweet, the NYT Opinion account wrote “We’re sorry for this tweet. In retrospect, a Twitter poll is insensitive in light of the gravity of this hearing. We’ve deleted it.”

In another follow-up tweet, the Times wrote: “We also recognize that asking only about Dr. Blasey’s credibility was inappropriate. We had intended to tweet a second poll about Judge Kavanaugh’s credibility this afternoon.” The Times declined to comment beyond its tweet.

Earlier this month, the Indianapolis Star admitted it “offended many readers” with its cartoon about Dr. Ford’s testimony.

CBS-affiliate KESQ anchor apologized after posting a Facebook post about Kavanaugh. And the Grabien News website confused Blasey Ford with another woman when it reported on her.

We're sorry for this tweet. In retrospect, a Twitter poll is insensitive in light of the gravity of this hearing. We've deleted it. pic.twitter.com/4CqRhkuCat