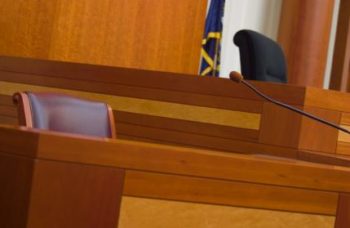 The Courier-Mail, a daily Brisbane, Australia newspaper, shouldn’t have identified an eight-year-old boy who had to serve as a witness in his father’s murder trial, the Australian Press Council ruled.

The March 26 story gave the boy’s full name, his father’s full name and where his father was accused of murdering another man, a crime his father denies. The article quoted the boy from his comments to authorities and in documents.

“If the case goes to trial, [redacted] would likely become one of the state’s youngest-ever ­witnesses in a murder trial,” the article notes. (iMediaEthics redacted his name).

The Courier-Mail defended its report, arguing that the child was a witness, the matter was in open court, and the court didn’t say the media couldn’t name him. As such, the Courier-Mail thought it was in the public interest. The Courier-Mail also pointed out that another news outlet named the boy, but the press council only received a complaint about the Courier-Mail‘s story.

The press council, however, ruled that while it may not have broken any laws by publishing the boy’s identity, the Courier-Mail did break press standards. It wasn’t in the public interest to identify the boy, and his identification could harm him. “Identifying him left him open to distress or worse, for instance at school and in the schoolyard,” the press council ruled. “Publishing his name added nothing to the impact of the story and was not sufficiently in the public interest to justify risking such consequences.”

The Courier-Mail added a note about the ruling at the top of the article but didn’t redact the boy’s name. iMediaEthics asked the press council about the requirements for the ruling. The press council told iMediaEthics, “Where a complaint is upheld, the adjudication may also include a reprimand or censure, and may call for (but cannot require) apologies, retractions, corrections or other specified remedial action by the publisher. The Council may also call for specific measures to prevent recurrence of the type of breach in question.”

“As you can see from the APC adjudication, the APC decided that although we had abided by the law they believed we had broken one of the Press Council guidelines,” Heywood told iMediaEthics. “Subsequently the APC made a ruling about how the newspaper should respond (this included publication of the ruling in print and online in prominent positions and a permanent ruling published on the online story) and we followed this ruling to the letter.”