Corrections: Opioids, Money, and Off by 41 Years - iMediaEthics 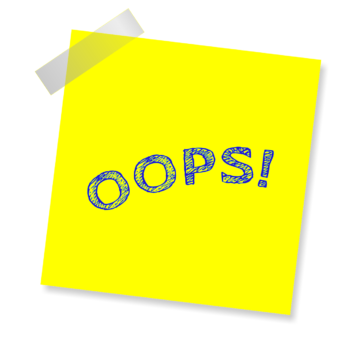 iMediaEthics’ latest roundup of amusing or noteworthy corrections in the news media begins below:

1. A million or billion opioids?

“An article on Jan. 5 about a program in Kentucky aimed at helping people recovering from opioid addiction misstated the number of pills that drug companies saturated the state with between 2006 and 2012. It was 1.9 billion, not 1.9 million.”

2. An odd Sun correction and apology.

“IN an article, ‘SUNDEMAND Sunderland owner Stewart Donald wants £40m for sale of the Black Cats’ (12 Oct), we claimed that Stewart Donald, the owner of Sunderland Football Club, was risking the collapse of a deal to sell the club by making late demands for large promotion bonuses.

“We now understand that that was not the case, and are happy to make that clear and apologise to Mr Donald.”

The UK Times reported that two parliament members would be paid £24,000 a year for 2 days of work a month (24 days of work). But that wasn’t true.

“We wrongly said that Sir Patrick McLoughlin and Lord Deighton, two parliamentary members of the Houses of Parliament restoration and renewal shadow sponsor board, “will each be paid £24,000 a year for two days work a month” (“Ex-MoD chief will be paid £300,000 a year to deliver parliament’s facelift”, news, Jan 22). No parliamentarian is paid for board duties by the restoration programme.”

4. The New York Times was off by four decades with a claim about arms embargoes.

“An article on Monday about a pledge by multiple countries to end military involvement in Libya’s civil war misstated the year that the United Nations Security Council first agreed to an arms embargo. It was 2011, not 1970.”