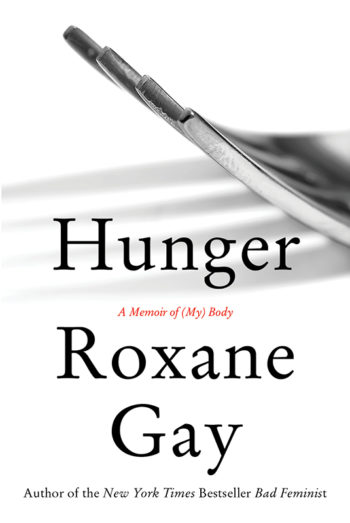 Australian women’s news and opinion site Mamamia interviewed Roxane Gay, author of An Untamed State and Bad Feminist, for a podcast about her new book Hunger.

Gay, who is also a contributing opinion writer for the New York Times, called the Mamamia post about the podcast “cruel and humiliating.” Gay wasn’t alone — many people slammed the post on Twitter. Now, Mamamia has unpublished and apologized.

To accompany the podcast, Mamamia’s founder Mia Freedman detailed behind-the-scenes discussions between Gay’s representatives and Mamamia, focusing on Gay’s weight and the physical logistics of Gay getting to the interview.

Freedman decided to make these discussions part of the story, as opposed to focusing on the interview itself or Gay, acknowledging she was crossing a line in her post about the podcast. Yet she continued, “I would never normally breach the confidence of what goes on behind the scenes while organising an interview but in this case, it’s a fundamental part of her story and what her book is about.” An archive of Freedman’s post is here.

“You see,” she said, “Roxane Gay is…I’m searching for the right word to use here. I don’t want to say fat so I’m going to use the official medical term: super morbidly obese.”

Freedman continued by listing discussions between Mamamia and Gay’s representatives planning the interview.

“How many steps were there from the curb to the door of the building? Were there any stairs? How many? How big was the lift and was there a goods lift? How many steps from the lift to the podcast studio? There was also a lot of talk about chairs – making sure we had one sturdy enough to both hold her weight and make sure she was comfortable.”

In the second post describing the podcast, Mamamia again listed a series of questions regarding Gay’s size, adding “none of this is disclosed with a mean spirit.”

“A lot of planning has to go into a visit” from Gay, Mamamia wrote, asking “will she fit into the office” elevator and if the chair will hold her.

Oh Mamamia. When good intentions just do so much damage… this is appalling pic.twitter.com/Kni2nKpvkp

In response to the article, Gay tweeted, “This situation is disgusting and shameful and frankly it speaks for itself.” Further, she wrote, “shame on you @mamamia” and “it is cruel and humiliating.”

“I am appalled by Mamamia. It was a sh*ts how,” she tweeted.

iMediaEthics has written to Gay to ask if Mamamia has apologized directly to her and if Mamamia gave any indication to her that it planned to write about these behind-the-scenes conversations.

I am appalled by Mamamia. It was a shit show. I can walk a fucking mile. https://t.co/14RNv2Ig0B

It is cruel and humiliating. https://t.co/XY2AU0XPFG

It's 1 am. And I've said what I need to say. This situation is disgusting and shameful and frankly it speaks for itself. https://t.co/fdumMtFhnx

Today was supposed to be about my new book. That is what I wanted. And then an Australian website made today painful.

After Mamamia unpublished its article about Gay, it published a statement claiming it wasn’t trying to be mean but instead show “Roxane’s point of view in the world.” Mamamia said its post was a summary of a discussion between Gay’s representatives and Mamamia’s producers.

“We felt that this was an important issue that was integral to understanding Roxane’s point of view in the world and helping people learn about and empathise with a perspective they may never have considered – just as she writes in her book.

“In no way did Mamamia ever intend to make Roxane Gay feel disrespected and we apologise unequivocally that that was the unintended consequence, including to her publishing team who organised the visit and made the requests in good faith. We are mortified to think she would ever believe this to be the case or that we have upset someone we so deeply admire and respect.”

Earlier this year, Mamamia unpublished an article that aggregated,  without credit, freelance journalist Ginger Gorman’s investigative report about the impact of mothers raping their sons, as iMediaEthics reported.

Last year, Mamamia was duped by a satire story claiming a Texas woman avoided jail by claiming she was a “spermaholic” (addicted to sperm).