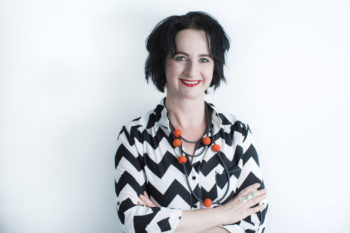 It has become an all too familiar story: A freelance journalist spends hours, or weeks, putting together a hard-hitting investigative report, only to see it cannibalized by other news outlets, without credit even being given. In a recent instance of this, Australian freelance journalist Ginger Gorman called out three media outlets for having “stolen” her report on the impact of mothers raping their sons.

“To date, none of the news organisations have apologised for stealing Hamish and Ian’s stories or plagiarising my work,” Gorman told iMediaEthics by e-mail. Hamish and Ian are the pseudonyms for two of the men she interviewed and reported on.

“For me, it’s not just about attribution,” Gorman e-mailed iMediaEthics. “It’s about whether I can keep my sources safe. It’s about the future of the journalism industry if this practice continues. It’s about whether I’m able to feed my family if my painstaking investigative work is continually stolen and makes money for the advertisers of those publications at my expense.”

“This story was stolen by at least three media outlets that I know of: The Daily Mail, Unilad (in the UK) and Mamamia,” Gorman, a former ABC journalist, wrote in a lengthy Jan. 17 Facebook post. Gorman also included the e-mail she sent to Mamamia complaining about Mamamia’s use of her work. Her story “was the result of hours and hours over a number of weeks,” she e-mailed Mamamia. “And quite a few tears too – because the content is so traumatic. I worked incredibly hard to treat my interviewees with respect. And in fact, I had to get trauma support myself to deal with the fall out and continue with the story.”

iMediaEthics has written to all three outlets for comment.

According to Gorman’s post, Mamamia, an Australian site Gorman had previously written for, took the story down (after first editing the story). The Mail didn’t satisfactorily respond to her e-mailed complaints, in her view, she told iMediaEthics. She told Mamamia she was “devastated” by Mamamia’s re-writing of her story without any credit.

Unilad and The Mail‘s articles originally attributed the information to Fairfax, News Corp’s Australian media rival, not to Gorman or news.com.au.

“It’s incredibly hurtful to think [the Mamamia writer] Katy probably only spent an hour at most cutting and pasting my story and then putting her own byline online,” she wrote. “You didn’t even acknowledge the source – you didn’t name me or news.com.au in your ‘story.'”

Mamamia unpublished its article and the link now goes to an error page.

As Australian media site Mumbrella reported, “within a few hours” of Gorman’s article for News Corp. being published, “other sites had begun to repost most of the quotes and key information from the story.”

The Mail’s article, “Mother started having sex with her son, 12, when he came into her bed because he was sick – and made him feel ‘important and special’ as he was hitting puberty” was by Cameron Phelps. In an article for Media Shift, Gorman noted that “The Daily Mail’s headline was not about the catastrophic impacts of child sexual abuse. It was about a 12-year-old boy having sex with his mother.”

The article is still published. It adds nothing to Gorman’s reporting and credits News.com.au once, in its fourth paragraph.

Unilad’s story, “Mum had sex with her 12-year-old son ‘because he was ill,'”  actually credits the Daily Mail for some information, even though the Mail‘s story is just a re-write of Gorman’s News Corp. report. Unilad, a UK site focused on millennials, boasts 32 million monthly unique website visitors

Why is #journalism dying? b/c @DailyMailAU rips of months of investigative work every time a freelancer like me publishes a story. Leeches! pic.twitter.com/Zn6dOyp4CI

Gorman tweeted numerous times in the days after her story was lifted to discuss the matter.

To those who try to defend journalists plagiarising the work of other journalists: make no mistake. It's stealing #journotheft 1/2

U can't take a designer dress from a shop just b/c u like the look of it. If u didn't buy it, it's not yours. Plagiarism is the same 2/2

Thanks 🙏🏽 for all support you've given me in this plagiarism discussion. Wasn't expecting international storm, but glad discussion public!