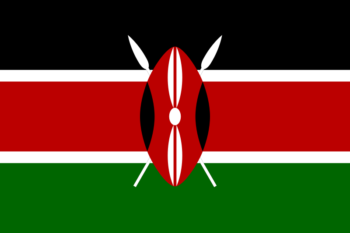 Kenya’s Sunday Nation suggested Kenyan governor Anne Waiguru was involved with the theft of 10 billion Kenyan shillings (about $99 million US.) from the country’s treasury. In fact, Waiguru had called for an investigation into the missing money.

The problem came because the Nation published a front-page headline “Who stole Sh10bn from Treasury?” with a large photo of Waiguru.

The public editor commended the editorial department for handling the complaints about the photo use “within 24 hours” and called for that to be a new standard. Further, he added that the error occurred because staff “did not give sufficient attention or thought to the page.”

iMediaEthics has written to Waiguru and the Nation.

The apology, published in the May 19 print edition, read:

“The juxtaposition of the main headline, ‘Who stole Sh10bn from Treasury?’, and a photo of Kirinyaga Governor Anne Waiguru on the front page of the Saturday Nation of May 18, 2019, might create the impression that she had something to do with the loss of that money. Nothing could be further from the truth.

“As clearly stated in the second part of the headline and the reporting elsewhere in the paper, Ms Waiguru is among 11 governors demanding that the police investigate whether Ifmis was used to cover up the theft of public funds at the Treasury.

“We apologise to Ms Waiguru for any embarrassment that might have resulted from the unintended insinuation.”

The apology was also published in an editor’s note at the bottom of the May 18 article online.