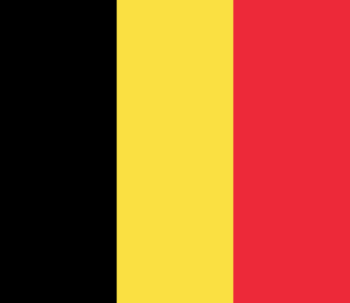 The Forum of Jewish Organizations said it is filing a police complaint against Dimitri Verhulst’s column for Belgian news outlet De Morgen, The Times of Israel reported. The forum argues the column is anti-Semitic.

The FJO’s spokesperson, Hans Knoop, told iMediaEthics, its lawyer is preparing its criminal complaint alleging the column was anti-Semitic. “He insulted the Jewish people by using anti-Semitic stereotypes,” Knoop wrote. He said the FJO doesn’t plan to complain against the paper itself but only the author. “Antisemitism is not allowed within the EU, and the writer clearly crossed a line,” Knoop added.

Similarly, the Embassy of Israel in Belgium tweeted that it was “deeply shocked” by the “blatantly anti-Semitic article.”

Verhulst’s July 27 column, There is no promised land. There is stolen land,” claimed “talking to the chosen is difficult” because “as soon as you start talking about Israel and the fate of the Palestinians, they look at you as if you have subscribed to the Holocaust.” Verhulst also claimed Israel killed 10,000 Palestinains in the past 17 years.

While De Morgen defends the column, it has published a correction on the column noting the column misquoted singer Serge Gainsbourg. The Jewish Telegraph Agency reported that De Morgen editor-in-chief Bart Eeckhout said,

“The op-ed surely is a harsh criticism on Israel’s politics towards the Palestinian people. It is written in a hard, sarcastic fashion and it foretells the current uproar, stating that any hard criticism on Israel will always be reinterpreted as anti-Semitism. Anti-Semitism is a very serious allegation, which we think is used too easily in this case, in a way to silence the debate about Israel’s policies.”

iMediaEthics has written to De Morgen seeking more information and a response to the criticism.

The correction added to the bottom of Verhulst’s column reads:

“Dimitri Verhulst did not correctly quote singer Serge Gainsbourg. Gainsbourg did not say ‘Being Jewish is not a religion; there is not a single God who would give His creatures such an ugly nose,’ as the play initially said. The correct quote is: ‘Being a Jew is not a religion. No religion lets people get such noses.'”