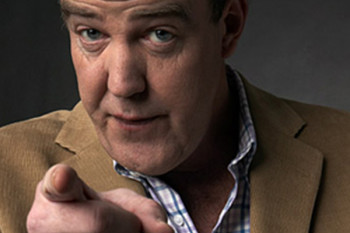 More than 100 people have complained to UK media regulator OfCom over the controversy surrounding the car show Top Gear and its host Jeremy Clarkson, the Guardian reported.

As iMediaEthics has reported, Clarkson was suspended earlier this month after what the BBC described as a “fracas” with a producer.

In total, OfCom “received 106 complaints about pulling the show,” according to the Guardian. In this case, the complaints amount to just viewers venting, though, because “Ofcom will not take any action about the complaints it receives as the regulator can only assess a breach of the broadcasting code if a show has actually aired.”

Meanwhile, the BBC’s investigation into Clarkson is still “under way,” the BBC has told the complaining viewers, according to the Guardian.   The BBC reported March 16 its investigation was launched with BBC Scotland director Ken MacQuarrie leading it.

The BBC confirmed in its news report on the investigation that Clarkson is accused of an “altercation with producer Oisin Tymon,” who did not complain about the incident. Instead, Clarkson told the BBC about it.

Tymon’s lawyer told the BBC that Tymon “intends to await the outcome of the BBC investigation and will make no comment until that investigation is complete.”

The controversy surrounding Clarkson’s “fracas” isn’t all that Clarkson is up against at the moment, though.

However, the BBC Trust’s Editorial Standards Committee ruled it was OK because the term “evolved into common parlance among a number of people to mean ‘chavvy’ or ‘cheap’ and, depending on the context, viewers would not necessarily associate it with the gypsy and traveller communities.”

The BBC Trust acknowledged that “pikey”could be “deeply offensive to the gypsy and traveller communities” but that in this case it was “a play on words…in the stlye of humour” of the show.

The Traveller Movement said it plans to appeal its complaint with media regulator OfCom because the BBC Trust decision was “absurd” in its opinion.