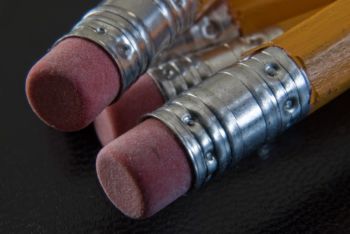 With breaking news on high-profile events or people, errors both big and small often occur. The sudden tragic death of Kobe Bryant and eight others in a helicopter crash this weekend was no exception.

Below, iMediaEthics is collecting corrections and editor’s notes appended to news reports about the crash and deaths. We will update this list:

KXAN corrected the number of killed:

“Editor’s Note: A previous version of this story reported five people were killed in the helicopter crash.“

“Correction: An earlier version of this article misstated the number of passengers initially reported to have been killed in the crash. We regret the error.”

“EDITORS NOTE: An earlier version of this post incorrectly called Gianna the Bryants’ oldest daughter. She was their second-oldest daughter. MassLive regrets the error.“

“Editor’s Note: Bryant won five championships, not three, and scored 60 points in his final game. We regret the errors.“

“An article on Sunday about Kobe Bryant’s legacy with the Los Angeles Lakers described incorrectly LeBron James’s team affiliation at the time of Mr. Bryant’s Oscar acceptance speech in March 2018. James was in his final season with the Cleveland Cavaliers; he was not “already a Laker.”

ABC News aired a correction after wrongly reporting all four of Bryant’s daughters were on the helicopter. ABC News later suspended correspondent Matt Gutman for the inaccurate claim.

Florida TV news station WPLG tweeted the same mistake about all of Bryant’s daughters but didn’t post a correction.

The BBC apologized after showing footage of LeBron James during its report on Bryant’s death.

“Because of an editing error, an article on Friday about the helicopter crash that killed NBA star Kobe Bryant and eight others described incorrectly the minimum visibility requirements for flight under federal visual flight rules. They require a helicopter flying at low altitude in daylight to have at least a half-mile of visibility and visual reference to the ground, not at least three miles of visibility and a cloud ceiling no lower than 1,000 feet above the ground.”

iMediaEthics will update this as we come across further errors. Send tips to info@asrlab.org.