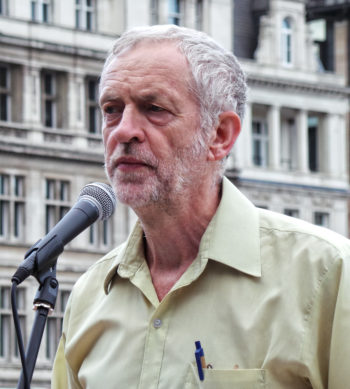 When a reporter asks a politician a life-or-death question, that politician has a right to expect his or her answer will be reported accurately.

The venerable BBC appears to have violated that trust in a 2015 report on Labour Party leader Jeremy Corbyn. Specifically, the BBC journalist, Laura Kuenssberg, asked Corbyn, in the immediate wake of the terrorist attacks in Paris, his views on issue a “shoot to kill” policy for law enforcement officers.

In its recorded interview, the BBC asked two different questions to Corbyn, but then when it broadcast the interview, the network told viewers the first question but only showed Corbyn’s answer to the second question, according to the BBC Trust’s report on a complaint against the BBC. Online, however, the BBC showed the full interview. The BBC Trust essentially acts as an ombudsman handling complaints by working outside of the BBC to look into complaints about editorial. iMediaEthics has written to the BBC for comment. We’ve also tweeted Corbyn seeking comment.

Corbyn himself didn’t complain, according to the BBC. The BBC Trust said the BBC didn’t deliberately mislead but was impartial and inaccurate. The BBC said it was fair to edit the clips as such because “it was standard practice to re-phrase a question in different words to try to get an answer.” The BBC Trust disagreed, writing “it was not duly accurate to present, as fact, Mr Corbyn’s position on a specific question he had not been asked and then to rely on the response that he had given to a different question.”

The Nov. 2015 BBC News at Six report by political editor Laura Kuenssberg reported that she asked Corbyn if he were the prime minister “whether or not he would be happy for British officers to pull the trigger in the event of a Paris-style attack.”

Then the BBC showed a clip of him saying, “I am not happy with a shoot to kill policy in general. I think that is quite dangerous and I think can often be counter-productive.”

However, in reality, according to the BBC’s own news report on the ruling and complaint, Kuenssberg had asked him,  “If you were prime minister, would you be happy to order people – police or military – to shoot to kill on Britain’s streets?” When he had been asked specifically regarding an attack like the November 2015 terrorist attack in Paris, Corbyn said, “Of course you’d bring people onto the streets to prevent and ensure there is safety within our society.”

As such, after investigating, the BBC Trust ruled the BBC “was wrong in this case to present an answer Mr Corbyn had given to a question about ‘shoot to kill’ as though it were his answer to a question he had not in fact been asked”.

Despite the Trust’s ruling, BBC News’ director James Harding stood by its reporting and said “we disagree with this finding” in a statement to BBC News. “It is striking that the Trust itself said there was ‘no evidence of bias’. Indeed, it also said the news report was ‘compiled in good faith,'” he added.

The ruling is published here.

Was a UK man really killed by Yorkshire pudding?
Sunday World claimed man who died from pneumonia died from a heroin binge