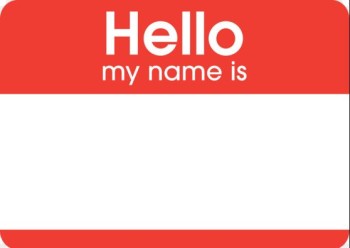 In the UK, it’s against the law to name sexual assault victims, unless the victims come forward themselves. Now, it’s also against press standards to identify victims to other people during the reporting process, the Press Gazette reported.

“Previously Clause 11 (victims of sexual assault) could be read as concerning only the publication of information that identifies or is likely to identify victims, not actions taken by a journalist before publication,” according to the Press Gazette.

In a blogpost, IPSO explained its complaints committee had “concerns” that the wording was “ambiguous” and now the code has been updated, effective July 1. The code will now read:

iMediaEthics has asked IPSO what sort of reaction it has seen to the update and if any victims groups or victims had complained previously. IPSO told iMediaEthics that it was an Editors’ Code Committee project and pointed to the committee’s press release.

For context in the UK media landscape, the BBC’s editorial guidelines explain that:

“All victims of rape and other sex crimes, including children, are automatically guaranteed anonymity for life from the moment they make a complaint that they are the victim of a sex crime.  In Scotland, the law is different but the practice of respecting anonymity is the same.

“These restrictions only apply to identifying the person as being the victim of an alleged sexual offence.  They do not prevent the identification of the person in other contexts.

“Judges may, on occasion, lift the restrictions at the request of the defence.  They can do this to get witnesses to come forward and to ensure a fair trial, or to allow the reasonable reporting of a case of public interest.

“If a victim were identified in another, unrelated, criminal case, then the reporting of that case would not be restricted.

“Victims can be identified if they agree to it.  The consent should be in writing and must not be the result of any pressure. We should be aware of the risk of ‘jigsaw identification’.”