Billy Bush out at NBC after Trump Access Hollywood tape

Billy Bush out at NBC after Trump tape 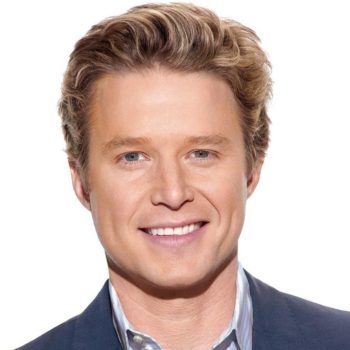 Billy Bush, a Today show host, officially left NBC less than two weeks after the Washington Post posted a recording of him talking with Donald Trump on the set of Access Hollywood in 2005. In the widely criticized recording, Trump boasted to Bush that he “grabs” women by the “p***y.”

In a statement, Bush said, “I am deeply grateful for the conversations I’ve had with my daughters, and for all of the support from family, friends and colleagues.”

Bush, a nephew of former president George H.W. Bush and cousin of former president George W. Bush and Jeb Bush, was suspended last week after his inappropriate comments with Trump were published Oct. 7, as iMediaEthics has reported. At the time the offensive recording was made, Bush was a host on Access Hollywood, but he has worked for the Today show since earlier this year.

According to the New York Times, its anonymous source said Bush was getting “a payout worth millions of dollars” and no “noncompete clause.” CNN’s anonymous source told CNN the same. CNN added that “it is unclear whether he is prohibited from talking about the controversy through some sort of nondisclosure or nondisparagement clause.”

NBC’s Noah Oppenheim, the executive in charge of the Today show, said in a statement, according to The Hollywood Reporter, “Billy Bush will be leaving the Today show’s 9 a.m. hour, effective today. While he was a new member of the ‘Today’ team, he was a valued colleague and longtime member of the broader NBC family. We wish him success as he goes forward.”

During the negotiations for Bush’s departure, Bush’s lawyer Marshall Grossman told The Hollywood Reporter that Bush felt that he had to engage in the conversation with Trump in order to keep his job. “If Billy had been passive or responded ‘Shut the f—- up’ to Trump, Billy would have been out of a job the next day.” (The Hollywood Reporter disclosed that its reporter, Matthew Belloni, worked for Grossman’s firm “early in his career.”)

iMediaEthics has written to Bush’s lawyer and NBC for comment.

Billy Bush out at NBC after Trump tape