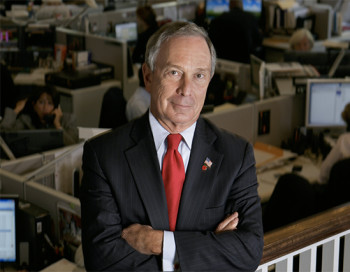 Bloomberg News is still not reporting on anything to do with Michael Bloomberg and Bloomberg News unless another media outlets breaks the story first, the New York Times reported this week.

Bloomberg stated in a report ranking wealth last year “Bloomberg News editorial policy is to not cover Bloomberg L.P. As a result Michael Bloomberg, the founder and majority owner of Bloomberg LP, isn’t considered for this ranking.”

Bloomberg’s editor-in-chief Matthew Winkler told the Times the decision is to avoid the “inherent conflict of interest.” The decision against reporting on itself ends up leaving Bloomberg readers in the dark and Bloomberg in an awkward position for reporting on news involving the company,” the Times explained.

Bloomberg spokesperson Ty Trippet told iMediaEthics by e-mail, “This has been a longtime policy for us and we continue to follow it.”