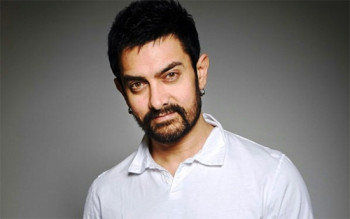 A major Bollywood star, Khan was quoted making controversial and insensitive statements on religion tied to his current movie, PK. The Pakistan Tribune described the movie as exploring “the concept of God and God-men” and “has been heavily criticised by several religious organisations.”

PK, released in December, is “the highest grossing Bollywood domestic film of all time,” Variety reported, and a “satire on organised religion.”

In the alleged fake interview, Khan is quoted as saying “none of the clerics in any Islamic society calls himself a messenger of God, or someone who can contact his God. Every cleric, no matter how senior he is, learns from the book of Allah, The Holy Quran, and preaches from it.”

Another false quote, according to Kahn, has him admitting he stole money from a Hindu temple.

“It is clearly a fabrication by someone trying to impersonate him, done with the intent of drawing visitors to their website, and is defamatory to our client,” Desai is quoted by the India Times as saying.

Khan’s lawyer said he has sent legal notices to the outlets that republished the article.

“The impersonation is a very serious infringement of our client’s rights, and we will take legal recourse. Mr Khan will be filing a criminal complaint with the Cybercrime Cell, Mumbai Police after he returns to Mumbai,” Khan said.

Other selections from the interview Khan says is false:

Reporter: “The guy in the film was a Muslim while the girl was Hindu. The film ended up showing that Muslim or Pakistani men are not a fraud but loyal. Don’t you think that love story was part of Jihad

AK: Well, no. The ending of the film had a message that Muslims and Pakistanis are not who we think they are. They are loyal and dutiful instead. Previously, we have seen a Hindu boy and a Muslim girl in many movies, neither we protested against it nor you did. I guess you shouldn’t protest now either.”

Reporter: “We saw you chasing and targeting a Hindu Saint throughout the movie. Why not a Muslim cleric?

AK: None of the clerics in any Islamic society calls himself a messenger of God, or someone who can contact his God. Every cleric, no matter how senior he is, learns from the book of Allah, the Holy Quran, and preaches from it.”

iMediaEthics has written to Khan’s lawyer for more information, including a list of sites duped by the alleged fake interview. We’ve also asked the Mumbai Police’s cybercrime cell for an update on the status of Khan’s complaint.