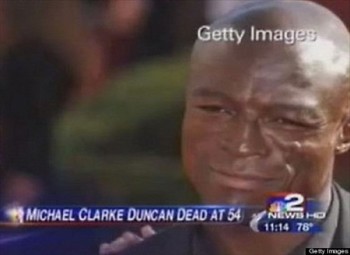 The station apologized Sept. 3, calling the photo error “our bad,” according to Media Bistro.  The station also wrote Sept. 4 on Facebook that:

“Yep; our bad; we own it. A careless editing error at the end of the Michael Clarke Duncan story in our 11pm news. Two entertainment stories accidentally merged into one video clip. Sincere apologies.”