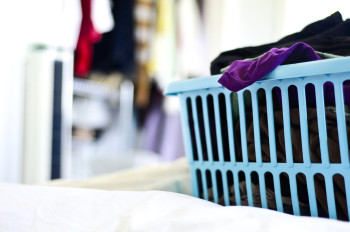 A BuzzFeed UK advertorial (also known as native advertising and sponsored content) for the company Dylon was deceptive and readers couldn’t tell it was an ad, not editorial, the UK Advertising Standards Authority ruled, ordering that “the ad must not appear again in its current form.”

iMediaEthics searched for the advertorial, “14 Laundry Fails We’ve All Experienced,” but only found an error page at the link given the authority’s ruling against showing the ad. The Dylon account on BuzzFeed shows no articles. Dylon sells “Dyestuffs for textiles, wood, paper and craft application,” its website states. The product Colour Catcher, which was promoted in the advertorial, “prevents colour runs” and “allows mixed washes.”

Moving forward, BuzzFeed UK has to do a better job marking advertisements “obviously identifiable,” the ASA, a UK independent advertising regulator, said in its ruling on its website.

The ruling was significant because “It is the first time BuzzFeed, which has built an international business out of so-called native advertising that creates paid-for articles for brands, has fallen foul of the UK advertising watchdog,” according to The Guardian.

A spokesperson for BuzzFeed UK told iMediaEthics by e-mail  “We’re currently reaching out to the ASA to speak with them about this recent update. We’re always testing and iterating our ad products and will be reviewing the guidelines accordingly.”

The native ad “was styled as a BuzzFeed article and featured photos and social media posts highlighting laundry ‘fails’,” the ASA said. BuzzFeed UK stood by its advertorial, pointing to labels, including “Dylon Brand Publisher,” the homepage tag “Promoted By” Dylon, and search results labeled it as “Advertiser.”

BuzzFeed argued “those labels differentiated the ad from editorial content which was labelled with an individual reporter’s name, picture and title,” the ASA said.

However, the ASA said the references to Dylon “implied a connection” but readers may have not seen them or understood it. The ASA said:

“While we acknowledged that these elements implied a connection with Dylon, we considered they were not sufficient to make clear that the main content of the web page was an advertorial and that editorial content was therefore retained by the advertiser. We further noted that the web page was very long and visitors to it would therefore not see the reference to Dylon Colour Catcher at the bottom of the page until they had already engaged with the content.

“We acknowledged the inclusion of the label ‘Brand Publisher’ near the top of the web page next to the Dylon name and logo, but we considered it was not particularly prominent and the terminology did not, either in itself or in conjunction with the other page elements, adequately convey the commercial nature of the content to consumers.”

Claudia Jungmann, Brand Manager at Henkel, which owns DYLON, said in a statement sent to iMediaEthics:

“BuzzFeed has worked with numerous brands to publish high quality branded content.  BuzzFeed has advised us that it has contacted the ASA to further discuss this decision and to work with it to develop and implement best practice.”