Called not a journalist by NJ Courts, Blogger explains her case 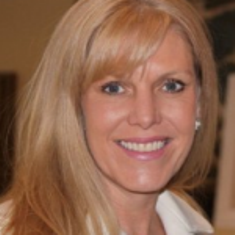 Shellee Hale explains to StinkyJournalism why she thinks she should be considered a journalist. A New Jersey appeals court ruled that she was a blogger--not a journalist--and therefore not accorded the same protections.(Credit: Shellee Hale's Twitter)

A New Jersey appeals court recently ruled that blogger and investigator Shellee Hale is not a journalist and therefore not protected by state shield laws for journalists.  iMediaEthics wrote about the ruling May 1.

The decision had initially caused some commotion online, with American Culture and Tech Dirt writing that the decision is a step backwards.  The North Jersey Media Group Inc.,The New Jersey Press Association, NBC Universal and The New York Times Company even signed on as amici curiae Nov. 25, 2009.

The amici curiae (“friends of the court,” or supporters of the defendant) brief said that “to the extent the plaintiff has limited itself to presumed damages, the case is not actionable” in New Jersey and that slander per se doesn’t apply to things posted online.

But, the blog Big Government argues otherwise.  Big Government wrote May 3 that the ruling “is not a decision that should cause alarm among those who are engaged in, or are patrons of, new media news sources.”

iMediaEthics spoke with Hale to learn more about her argument for journalistic protections.

The court wrote she didn’t provide notes or sources, but Hale said she does have them – she just isn’t turning them over.

“Believe me, I have notes from 1974,” Hale said.  “I keep everything.”  But, she said she doesn’t want to give that information over to the courts not only because her investigation isn’t over and “could take many, many years to continue researching what I’m doing,” but also because “there are people’s livelihoods at stake.”

Hale said that if she has to give over her sources and notes, she “may be subjected to disclosing stuff that could be really detrimental to people’s careers and their lives.”

Hale said she’s working on a much larger investigative project for which she doesn’t have a timeline for completion. She said she has around 20 really good sources, but that she’s talked to many more people.

“Of course you want to defend yourself, – ’I’ve got notes! Here they are! I’ve got sources – here they are!’” Hale said.  “But I didn’t feel after all the work I’ve done, do I want to give all of this up? I’ve put my own money into this…do I really want to give up all my hard work because they’re trying to take … legitimate questions and twist them and make them defamatory?”

The court said Hale’s only proof that her site Pornafia is a news site was the press release she sent out months before posting on the bulletin boards.  The court wrote that the release called Pornafia an “information exchange” for fraud in adult entertainment.

The court said her release was “vague as to how exactly defendant intended to accomplish Pornafia’s goals.”

The court wrote that Oprano “could arguably be considered ‘news media’ for purposes of the Shield Law,” but that Hale “had no control over the operation of the website and made no editorial or journalistic contribution to it by posting her comments” and didn’t  “represent herself to be a newsperson in her posts.” The court noted that Hale identified herself by her full name in her posts.

The court wrote that it notes a “significant distinction” between a blog or news site operator and a commenter.   But, Hale said that she wrote in some of the earlier posts that she was working on a story and was welcome to receiving information related to the story.

“I wasn’t trying to be super sneaky,” Hale said.  “At first I didn’t even know there was a story there. I was just researching and pressing for information I don’t think I was being sneaky at all.  The minute I decided I was going to pursue this and write about this I absolutely let people know”

What sort of precedent the ruling will create is uncertain.  Hale still plans to take the case to the state supreme  court. And, Hale wasn’t sued for posting on her own blog – she was sued for posting comments on a message board forum.  As Big Government wrote, the “new media should not be confused with news media” comment from the judge in the case doesn’t dismiss Internet news outlets as a whole.  “This is probably not a decision that threatens new media news-and-commentary sources.

But, Hale said she questions if this means the courts will be able to decide who is a journalist and what is newsworthy?

TMM sued Hale for defamation.  Hale’s attorney, Jeff Pollock, said that initially, Too Much Media didn’t sue for damages, but when the case went to the appeals court, TMM switched its stance and claimed actual damages.

Hale said she doesn’t know what she’ll do if the courts rule she has to turn over her sources and notes.  She said she’d like to keep them protected and finish her story.  “If I’m forced to, I’m not sure what’ll happen. The court isn’t going to protect these people so I’m going to have to make sure that something happens to protect them,” Hale said.

But, if she does end up having to give her notes over, she said the courts will see she has followed journalistic practices.

The court document provided some of the comments that Hale made on Oprano:

1. March 17, 2008, Hale wrote:  “Consumer’s [sic] personal information is fair game to every thief online[.] Read the 2much media Nats depositions (not yet public but copies are out there — Charles and John may threaten your life if you report any of the specifics which makes me wonder)[.]”  The court wrote that Hale also included a link to a class action lawsuit against TMM was posted on Pornafia and that she ended the comment “intimating plaintiffs have engaged in fraudulent, unethical and illegal uses of technology, stating if one read the class action suit ‘you would understand the depths of the schemes and fraud and how the unethical and illegal use of technology has become common practice.’

2. An undated post:  “Let me just clarify that this is my personal opinion after reading and speaking with several people.  Mr. John Albright has personally contacted me to let me know he ‘has not threatened anyone[,]’ but I was told something different from someone who claims differently and a reliable source.”

3. Another post:  the court wrote that Hale “implied TMM purposely failed to inform its customers of the security breach and actually made a profit off of it: ‘I guess I should preface this with innocent until proven guilty but . . . .This point really concerned me. I believe it is $10,000 per violation in New Jersey. Does anyone have any idea how many consumer’s [sic] processed their information through NATS. If 2 Much Media actually was aware of a security leak between them and the Billing Company why didn’t anyone put out a fraud security announcement to the consumers? If this is true — How long have they been sitting on this information and doing nothing?

4. Another posting, the court wrote Hale wrote “Do you think there is traceable revenue on the stolen email addresses from the security leak?  Do you think that we will find that traffic, spam, re-directs are found on a[n] adult site owned or operated by a TMM owner/employee? Is there a potential class action law suit by customers who’s [sic] email addresses were compromised and were not informed of this theft as soon as TMM became aware of it? How many customers had [an] increase of spam or malware after signing up under a site managed by TMM and is there some relevancy connecting the two?