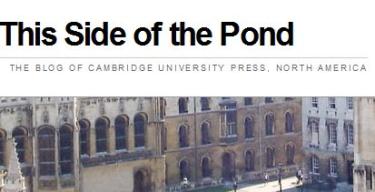 Questioning Collapse was published by Cambridge University Press. The CUP North America division is defending its authors against a flawed review by Jared Diamond that contains factual errors.

In their blog, This Side of the Pond, Cambridge University Press North America reported that the controversy has “come to a head” with their publication of a response from the authors of Questioning Collapse, calling for a full disclosure of a conflict of interest and a correction of factual errors from Nature editors. CUP summarizes:

Titled, “From the Editors of Questioning Collapse: Requesting Full Disclosure and Correction of Factual Errors,” editors Patricia A. McAnany and Norman Yoffee and ten of the book’s other authors, write:

“We are…surprised that the editorial team at Nature allowed the review to be published in its current form with unsubstantiated allegations of ‘errors and implausible extremes’.”

Last month, StinkyJournalism reported that Nature published a negative book review of Questioning Collapse written by Jared Diamond that failed to disclose that he and his work were the sole subject being “questioned” in the essays contained in the book.

Questioning Collapse critiques Diamond, and specifically his book Collapse: How Societies Choose to Fail or Succeed, but nowhere in the review does Diamond or Nature disclose that important fact.  StinkyJournalism first reported the conflict of interest and lack of disclosure Feb. 26.

“Throughout the ‘review’, Diamond fails to disclose that our book critically examines two of his publications: Guns, Germs, and Steel and Collapse: How Societies Choose to Fail or Succeed. The lack of full disclosure brings forth troubling questions,” the authors wrote.

Because the review does not disclose Diamond’s connection to the book and material, readers might assume the review is unbiased.  The authors said in their response that because the review “masquerades as impartial book review,” Diamond was able to unfairly devalue elements of Questioning Collapse.

The authors go on to express their disappointment with Nature’s editorial team for allowing Diamond to review their book and listed seven instances of incorrect “facts” in Diamond’s review.

Nature addressed the lack of disclosure earlier this month. Joanne Baker, Nature’s Books & Arts Editor, wrote to StinkyJournalism, “I can assure you that the book review did state that Diamond was the author of Collapse, and in the text he made his viewpoint and stance relative to that of the book’s authors clear.”

However, the only thing that the review makes clear is Diamond’s stance against Questioning Collapse, in StinkyJournalism’s reading.

StinkyJournalism has contacted Cambridge University Press, the authors of Questioning Collapse, and Nature magazine and will update with any response.

Publicist Caitlin Graf  writes in an e-mail to StinkyJournalism that Questioning Collapse’s authors open letter on the Cambridge U Press blog “was originally submitted to Nature for consideration; when it appeared that Nature was not going to publish the contributors’ response, we posted it on our blog to give voice to their concerns.”

Graf continues, “In keeping with our mission to advance learning, knowledge, and research worldwide, we felt it right to keep the dialogue open and would welcome the opportunity for Jared Diamond to respond and engage in a conversation with the Questioning Collapse editors and contributors.”