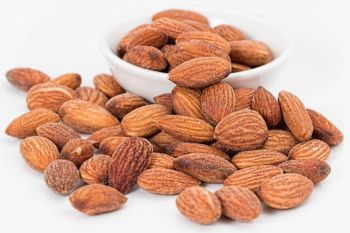 How many almonds? A Dec. 23 Guardian correction:

“• We hope we didn’t add to your Christmas workload when we listed “125 whole almonds” in our recipe for chocolate panforte. We meant 125g of whole almonds (14 December, page 11, Feast).”

“An obituary on Dec. 15 and 16 about the financier Felix Rohatyn misidentified Frank G. Wisner, whom President Bill Clinton had considered naming ambassador to France before appointing Mr. Rohatyn. He was the son of Frank Wisner, who helped found the C.I.A.; he himself was not a founder. The obituary also referred incorrectly to Mr. Rohatyn’s friendship with President François Mitterrand of France. It began before Mr. Rohatyn was named ambassador, not during his tenure. (Mr. Mitterrand died before Mr. Rohatyn was appointed.) In addition, the obituary misstated when Mr. Rohatyn first wrote for The New York Review of Books. It was in 1980, not after his return to the United States from Paris in 2000. And it referred incorrectly to two deals on which Mr. Rohatyn worked. One was an attempted takeover by The Limited, the clothing retailer, of the company that operated Bergdorf Goodman and Neiman Marcus — not the purchase of The Limited by that company. The other was an attempted takeover by International Nickel of the battery manufacturer ESB — not by Morgan Stanley of International Nickel.”

The Financial Times reported that the Salt Lake Tribune had a jazz reporter; the paper actually has reporters who cover the Utah Jazz NBA basketball team.

“An earlier version of this article incorrectly stated that the Salt Lake Tribune has a full-time jazz reporter. It in fact has two reporters who cover Utah Jazz, the local basketball team. This has now been corrected. “

“An article on Friday about the Culinary Workers Local 226, a union in Nevada, misquoted former Vice President Joseph R. Biden Jr. He described the “incredible pain” caused by deportations during the Obama administration. He did not say, “I understand the pain that comes from those deportations.” And he started a sentence by saying “If I end up being your president.” He did not say “If I am your president.””