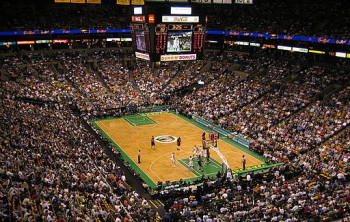 Ohio news site Cleveland.com apologized to readers for being duped by a fake news story claiming the National Basketball Association was not going to hold its 2017 All-Star Game in Charlotte, North Carolina. The hoax claimed the league was pulling out in response to the state’s recent bill HB2, which prohibits transgender people from using the public bathroom of the gender they identify with.

The fake story, “NBA cancels 2017 All-Star Game in North Carolina Over Anti-LGBT Law,” originated on the site abcnews.com.co, a fake news site in the style of the real ABC News website. The NBA declined to comment to iMediaEthics.

In an April 11 article, Vice President of Content for Cleveland.com, Chris Quinn, admitted the site’s error in falling for the hoax NBA story. According to Quinn, a writer for the site saw the fake news story and re-wrote it, incorporating it into an Associated Press article on the controversial North Carolina law and leaving the AP byline intact.

“We did several things wrong involving this fake story, but before I get into that, I want to assure you that we are using this episode to re-educate our staff about some journalism basics,” Quinn wrote. “We value the trust you place in us when you visit our site, and we know better than to put that trust into jeopardy.”

Quinn said the site’s “first mistake” was falling for the hoax site and not realizing that no other sources had reported the claims.

“This kind of news rarely is reported by a single national news organization,” Quinn explained. “We should have found other sources, and, finding none, questioned how ABC would be alone in reporting this story. If we had done the basics, we would have figured out pretty quickly that we were seeing an impostor ABC website.”

The “second mistake,” Quinn said, was not clearly attributing the incorrect information to its source, instead implying the Associated Press had reported it. Quinn wrote:

“Our second mistake was in how we reported the fake news. We combined it with an Associated Press story about the North Carolina controversy but left the AP byline on what we published. That made it appear that the Associated Press had been duped by the impostor website. That’s not fair to the Associated Press, a valued partner for cleveland.com.”

iMediaEthics has contacted the Associated Press, and Cleveland.com’s Quinn for further comment.