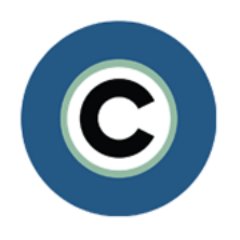 In the European Union, the “Right to Be Forgotten” allows people to request Google remove links to stories that they believe negatively affect them.

In the United States, Cleveland.com is voluntarily exploring its own “right-to-be-forgotten experiment,” allowing people to request their names be removed from stories about “minor crimes they committed.”

Typically, news outlets do not unpublish — or hit delete — on historical stories. But Cleveland.com launched its experiment in July to at least take the names out of certain stories. In a July 11 article for Cleveland.com, Cleveland.com’s president and editor Chris Quinn explained the site would remove names from older stories if their records were expunged.

“We’re going to start a process through which people can ask to have their names removed from old stories about minor crimes they committed. And because we don’t believe we are in a position to judge which people are deserving, we will rely on a longstanding court process that people use to clear their records: expungement.

“People who have committed non-violent crimes who successfully petition the courts to permanently delete all records of their criminal cases will be able to send us a request, along with proof of the expungement, and in most cases, we will remove their names from the stories about them on cleveland.com. Google searches of their names will stop finding those stories.”

A few notable exceptions included people who are “elected officials, celebrities and other public officials” and if the crime was “violent or sex-related”, Quinn wrote. People can request removal at tobeforgotten@cleveland.com.

Moving forward, Quinn added that Cleveland.com would cut back on publishing mug shots and naming “most people accused of most minor crimes.” He wrote:

“We will greatly curtail our use of mug shots, restricting them to the most notorious of crimes. Generally, if we believe news value exists in a photo of an accused criminal, we will go to the court appearance and shoot our own photo. We will stop naming most people accused of most minor crimes.”

In a follow-up post in late September, Quinn explained the site has removed “five names out of stories” in two months, listing examples of two people who had their records sealed.

In addition to people requesting their names be removed from stories about minor crimes, the site has also heard from people “whose embarrassing stories were not based in the courts” or who were “peripheral to a crime story and never charged,” Quinn noted.

As a result, Cleveland.com set up a “newsroom committee” to look at any requests for names removed from stories because “we want to form a consensus with multiple viewpoints.”

According to Quinn, Cleveland.com didn’t receive an “overwhelming” number of requests to remove names from stories, which contributed to the site’s ability to expand from just removing names in cases involving expungement to considering more subjective cases in committee form.

While Quinn said he thought Cleveland.com may be criticized for its decision to consider name deletion and cut back on mugshot use, he hasn’t. “I was expecting blowback and actually it’s the opposite,” he said.

Quinn noted that he’s heard from members of the community saying they had seen racial bias with the mug shot publication before. “We had no idea how much people resented us for doing that,” he said. “They did see racial bias in the photos used and it hurt our credibility. No one had told us before.”

Moving forward, Quinn said that cleveland.com hopes the experiment helps offer compassion to readers instead of relying on the “journalism tradition” of not deleting names from stories.  He may expand its committee to include members of the public so the committee can consider perspectives from outside journalism. Cleveland.com eventually may also invite other local news outlets in removing names. As he explained, “if this is a case that was covered by more than one media outlet in town, us taking the name down doesn’t really get to the place that the person wants.”