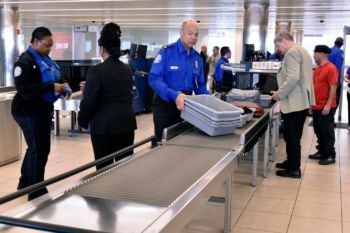 CNBC was working on its new reality show, Staten Island Hustle, when reality itself made an unscheduled cameo appearance. That is, while filming an episode, nine CNBC crew members were arrested and charged with “creating a false public alarm, interference with transportation and conspiracy.”

Why? Because the Transportation Security Administration (TSA) thought they had a fake bomb or an improvised explosive device when they were going through Newark airport in New Jersey in mid-January, the Associated Press reported; in fact, they were traveling with a “vacuum device to compress luggage.”

In a Jan. 19 press release on its website, the TSA said “Some members of the group attempted to intentionally carry through the security checkpoint an item in a carry-on bag that had all of the makings of an improvised explosive device. At the same time, others in the group covertly filmed the encounter.” iMediaEthics has contacted CNBC for more information.

The TSA quoted its Federal Security Director for New Jersey, Tom Cart, as saying the crew’s “stunt” was “reckless, dangerous, uninformed and totally insensitive to the reality of the terror threat we face,” comparing it to yelling “Fire!” in a crowded theater or pointing a toy gun at a police officer.

“The preliminary investigation determined that the group wanted to ascertain if they could get the item through the security checkpoint while filming themselves doing so,” the press release said. “They failed, were caught by TSA and were arrested by Port Authority Police on multiple charges. They also face possible civil penalties by TSA. TSA has the authority to assess civil penalties against individuals of over $13,000 for each violation of TSA’s security regulations.”