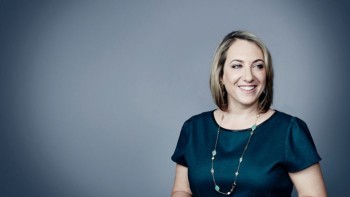 CNN global affairs correspondent Elise Labott was suspended for two weeks over her tweet about Thursday’s vote in the U.S. House of Representatives about refugees being admitted to the United States.

A CNN source confirmed the two weeks suspension to iMediaEthics this morning.

On Nov. 19, Labott tweeted, “House passes bill that could limit Syrian refugees. Statue of Liberty bows head in anguish,” along with a link to a CNN Politics article on the vote. The Nov. 20 vote calls “to drastically tighten screening procedures on refugees from Syria,” the New York Times reported. “The bill, which passed 289 to 137, with nearly 50 Democrats supporting it, would require that the director of the F.B.I., the secretary of the Department of Homeland Security and the director of national intelligence confirm that each applicant from Syria and Iraq poses no threat.”

After news of her suspension was shared, Labott posted an apology on Twitter. “Everyone, it was wrong of me to editorialize,” she tweeted. “My tweet was inappropriate and disrespectful. I sincerely apologize.”

Everyone, It was wrong of me to editorialize. My tweet was inappropriate and disrespectful. I sincerely apologize.

CNN source informs me that Elise Labott has been suspended for two weeks for tweet about House vote on refugees: https://t.co/XTKTabRade

@eliselabottcnn It wasn’t wrong of you. Your tweet was compassionate, not disrespectful. Shame on CNN for suspending you. #respect

@eliselabottcnn your first tweet was correct. Whomever asked you apologize is on the wrong side of history & authenticity.

On the other hand, when iMediaEthics went to Labott’s work Facebook page, her profile picture comments are bombarded with name-calling as well as threats.  Some commenters called for her to be fired over the tweet, others agreed with her comments.

In terms of threats and name-calling? A sampling of comments from the top comments on the profile picture alone: She was called a “f**king idiot,” a “dumb lib,”  the c-word, a “dumbass,” “a stupid a** libtard,” “devoid of humanity,” “disgusting,” an “unqualified loser,” and the list goes on. Some comments went further than just name-calling. “You f**king b*tch, I hope ISIS puts your head on a pole,” wrote one. “You’ll keep your head bowed right up until the Islamic killers cut your throat,” another said.

News outlets including the Washington Post, the Guardian and Politico reported on the suspension last night.