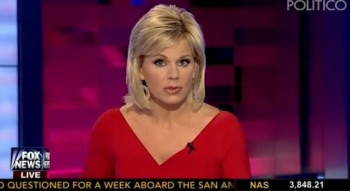 Fox News’ Gretchen Carlson wrongly reported on air that Rep. Bill Young died Oct. 17. Carlson said on air, in part: “Congressman Bill Young has passed away. The Florida Republican was 82. He served a remarkable 22 terms. Announced just last week he would not seek reelection next year.”

Young was “gravely ill” but was still alive at the time of the Fox News report. (The Associated Press reported Oct. 18 that Young has since died.)

In an on-air correction, Carlson said, according to Politico:

“Alright, I’m really sorry to report that earlier we did report that Congressman Bill Young had passed away.  We are now told that is not the case and we, of course, sincerely apologize for that error. Hopefully that won’t happen again.”

At least 3 other reporters wrongly tweeted about Young.

My apologies to the Young family for the error. Thoughts and prayers are with you at this time.
— Luke Russert (@LukeRussert) October 17, 2013

NBC News’ House of Representatives producer Frank Thorp also tweeted Young died, according to Politico. iMediaEthics didn’t see any tweet on Thorp’s Twitter feed as of Oct. 18 that said Young was dead, so Thorp likely deleted the inaccurate tweet. He tweeted an apology.

Apologies to the Young family for retweeting report that Rep Young had died. His family says he is “gravely ill”

Separately, Politico’s report on Fox News’ error also had its own error and correction. Politico originally reported “that Fox News had not corrected the error on air.”  Politico’s correction reads:

“Correction: An original version of this report stated that Fox News had not corrected the error on air. Carlson issued a correction at 2:23 p.m, approximately 12 minutes after the initial report.”