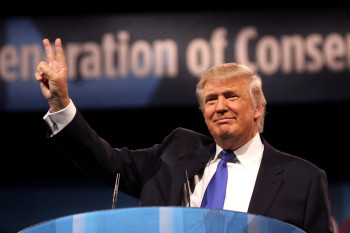 Now that the battery charge against Donald Trump campaign manager Corey Lewandowski has been dropped, there’s another round of dispute between Lewandowski and his accuser, former Breitbart reporter Michelle Fields.

Lewandowski said he tried to call Fields privately to discuss the matter but she never returned his call. “It wasn’t memorable to me, and I’m sorry about that,” Lewandowski told CNN, according to Politico, noting he says he learned about her complaint from Fields’ boyfriend’s Twitter.

“But that evening, after I read her boyfriend’s Twitter account saying something had occurred, I made a phone call to Michelle. And then I never heard back,” Lewandowski told CNN. “And to this day, I have never heard back from Michelle. So it’s not that we didn’t try and reach out to get to the bottom of it. It seems to me that she wanted to inject herself into making it a story and now I’m glad the story is over.”

Fields disputes that, saying “I have no record of him calling me” and no messages from him, according to the New York Times. iMediaEthics has contacted the Trump campaign for a response.

Lewandowski claimed “never once at any time in this incident has she ever contacted the campaign directly, and that’s the disappointing part. Because she had the opportunity to clear this up. And if she wanted to have a conversation, she could have reached out to me or the office. That never took place.”

In an interview with the Daily Beast, Fields said she wanted an apology because “the Trump campaign defamed me.”