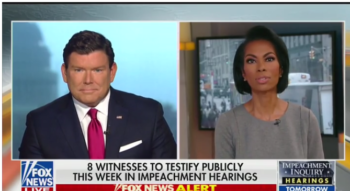 Sen. Cory Booker (D-NJ) has not dropped out of the 2020 presidential race, despite what a Fox News anchor has reported.

Her correction read, acording to Mediaite:

“I want to make a correction. I made a mistake. In the last segment I mistakenly said the name of Senator Cory Booker, and that he had dropped out of the race for the Democratic nomination. He is, of course, still in the contest along with five other senators making a White House bid, which was part of the conversation about the Republican strategy, if you will, to make this go on a little bit longer and sideline some of those potential late-stayers as candidates. I apologize for the error.”