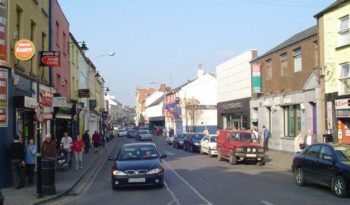 The Irish police say Alan Hawe murdered his family and then died by suicide.

The foundation’ research director Ella Arensman said she was “very, very concerned” about some of the media coverage, the Irish Times reported.

“There needs to be a more concerted effort, not only by the media, but by other people working in the community because a lot of those details should not have been in the newspapers at all,” she added.

iMediaEthics contacted Arensman to learn more about her concerns. She pointed iMediaEthics to the foundation’s media briefing on reporting on murder-suicide, which noted there have been “at least 21 murder-suicide cases” in Ireland in the past dozen years.

The briefing calls for “sensitive and factual reporting in order to minimise harm and increase awareness,” including not reporting graphic details or sensational information to avoid copycats. The briefing also recommends journalists include information for how people can get help if needed.

“Portraying these details is in contrast with the media guidelines on reporting of suicide and murder-suicide,” Arensman told iMediaEthics by e-mail. “Reporting detailed information on specific methods involved in murder-suicide and suicide can contribute to copycat suicides and murder-suicides as confirmed by international research evidence.” She also reminded news outlets not to speculate on reasons for murder or suicide.

iMediaEthics has previously covered guidelines for reporting on suicide, and earlier this year, highlighted a case where a local Pennsylvania newspaper went too far and crossed basic guidelines for writing about suicide.

Separately, the Guardian reported that women’s rights organizations have criticized the media coverage of the Hawe family because they found it too sympathetic, with “some news organizations focused on Hawe’s reputation as a pillar of the community” or characterizing him as a victim.