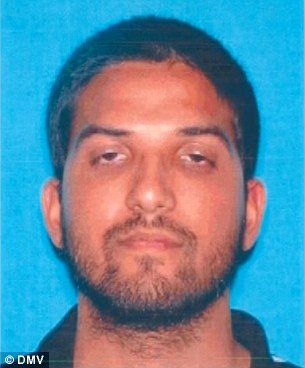 The Daily Beast named the wrong person as the suspect in the San Bernardino shootings, mixing up one of the suspects, Syed Rizwan Farook, with his brother, Syed Raheel Farook.

A correction atop its article now reads: “CORRECTION 12/3/15 1:41 A.M. An earlier version of this story identified one of the San Bernardino shooters as Syed Raheel Farook, not Syed Rizwan Farook. We sincerely regret the error. ”

The article by Katie Zavadski, “Suspect ID’d in San Bernardino Massacre as Syed Farook,” notes the two Farooks are brothers. What the correction doesn’t note is that the Daily Beast also published the Facebook photo of the wrong brother, Ad Week’s Fishbowl NY reported. Buzzfeed has more information on the wrongly identified brother, Syed Raheel Farook who it says is a U.S. Navy veteran.

iMediaEthics has written to the Daily Beast for further comment.

The mix-up of the Farook brothers wasn’t the only mis-identification in reporting on the shootings, Fishbowl NY noted. The second suspect, Tashfeen Malik, was wrongly identified by a Los Angeles Times reporter and Fox News.

“L.A. Times FBI and justice reporter Rick Serrano initially reported the name of the female suspect to be Tayyeep Bin Ardogan,” Fishbowl NY reported. “And again, because of the nature of these breaking news situations, that wrong information quickly made its way onto the Fox News Channel scroll.”

Serrano tweeted later that the suspect ID was incorrect, Mediaite noted. He wrote, “[San Bernardino] police clarifying that 2nd name was not released by them. Appears now to be a hoax. We are disregarding.” iMediaEthics has written to Serrano to ask for more information.

SB police clarifying that 2nd name was not released by them. Appears now to be a hoax. We are disregarding.