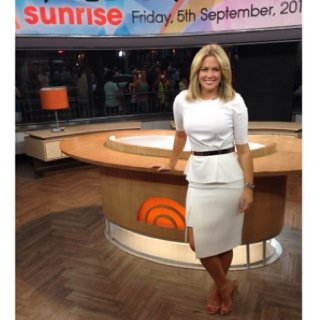 Daily Mail Australia apologized to Australian TV morning host Samantha Armytage after criticizing her appearance and underwear. Armytage’s lawyer complained about the invasive article, according to the Sydney Morning Herald.

The original Dec. 11 article by Max Margan was headlined, “Sunrise host Sam Armytage dares to bare with giant granny panties showing a visible line as she steps out in Sydney … after slamming rumours she’s dating Channel Seven colleagues.'”  The new headline reads: “Casual Sunday! Sunrise host Samantha Armytage goes solo as she heads out on a shopping trip after slamming rumours about her dating life.”

The apology statement is posted at the bottom of the Mail‘s article. It reads

“An earlier version of this story contained critical statements regarding Samantha Armytage’s appearance. While the story has since been amended, we apologise for any distress caused to Ms Armytage or readers more generally.”

According to the Sydney Morning Herald, “The story was also edited to remove any reference to Armytage’s apparent ‘giant granny panties’, to which the original article had referred.'”

Armytage’s lawyer Justine Munsie, sent a letter to the Mail demanding an apology and retraction for the article, which it called a “gross invasion of her privacy.”

“For reasons unknown to our client, it appears that the Daily Mail has developed an unhealthy interest in not only the reporting on our client but now seems determined to humiliate and shame her in the most base and personal way,” the letter said, according to the Sydney Morning Herald.

iMediaEthics has tweeted Armytage and e-mailed her lawyer for comment. We’ve contacted the Mail for comment as well.