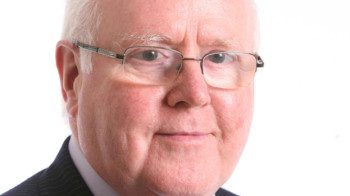 Tom Clarke image from the 2010 election. (via TomClarke,org.uk)

The Daily Mail falsely accused UK politician Tom Clarke of having a personal interest in voting on expense repayment.

Clarke is a member of Parliament and member of the Labour party. The Mail wrongly reported that he was criticized for his expenses in Parliament and that because of that, he voted for a more lenient punishment for another politician, Maria Miller, for her expenses.

A Parliament watchdog suggested Miller should have to pay back £45,000 after an investigation into her parliamentary expenses, according to the Guardian. But Miller was only forced to pay back about £6,000 because of a Parliament committee decision, the Independent reported. Miller ended up resigning as UK Culture Secretary because of the controversy.

But, despite the Mail’s claims that Clarke voted for her to pay back less money, Clarke actually didn’t participate in the matter.

While the terms of a libel settlement aren’t typically disclosed, the Press Gazette explained it found out Clarke received £15,000 because he listed it in his “register of financial interests.”

The Daily Mail also published the following correction admitting that Clarke wasn’t “involved in the decision” and never was in trouble himself for expenses. The correction states:

“Our 5 April 2014 article said that Tom Clarke MP, a member of the Commons Committee on Standards and Privileges, was involved in the decision to reduce the amount of expenses Maria Miller should repay and that, in doing so, he was motivated by his own expenses record.

“In fact, Mr Clarke played no part in the Committee’s decision (due to a medical appointment), and has never been criticised over, or asked to repay, any expenses claim. We apologise for any contrary suggestion.”