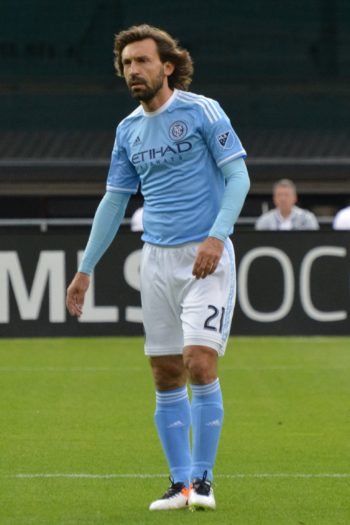 The Daily Mail has apparently deleted an article after being accused of publishing a fake interview. Italian soccer player Andrea Pirlo tweeted that he never “gave any interview to the Daily Mail talking about Pogba and Manchester.”

iMediaEthics has written to the Daily Mail to ask why the article was removed, where the newspaper obtained the disputed quotes and whether it has a response to Pirlo’s claims.

Just to make it clear, I never gave any interview to the daily mail talking about Pogba and Manchester pic.twitter.com/JfR7TPIw0E

In the disputed interview, he allegedly said that players for the soccer team Juventus were laughing at Manchester United for allowing Paul Pogba to leave the team. A link to the article now goes to an error page.

According to the men’s entertainment news site Joe.co.uk, the article said:

“On the first day training session Pogba had with Juventus the players were laughing,” Pirlo supposedly said of his former Juve team-mate’s arrival in Turin. “We were not laughing for any other reason than we were just in total disbelief that this player with so much obvious ability was able to leave a club the size of Manchester United for free — and I think Juventus are still laughing.”

France Football published a screenshot of the article, which shows it was headlined, “Juventus ‘still laughing’ over decision from Manchester United to let ‘special’ Paul Pogba leave in 2012.” The article was published Aug. 13 and the byline reads Rob Draper, who is the Mail‘s chief football writer.