David Brooks' Son is in Israel Defense Forces, Should this be disclosed by

David Brooks’ Son is in Israel Defense Forces, Should this be disclosed by NY Times? 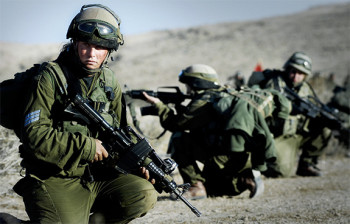 It’s OK for David Brooks to write about Israel but he should tell his readers in his New York Times column that his son is a member of Israel’s military, the Israel Defense Forces, Times public editor Margaret Sullivan blogged last week.

“I don’t think readers usually need to know what the spouses of columnists think or what brothers do for a living, or whether a daughter has joined the U.S. Army,” Sullivan wrote. “But this situation strikes me as a more extreme case. Mr. Brooks’s son is serving as a member of a foreign military force that has been involved in a serious international conflict – one that the columnist sometimes writes about and which has been very much in the news.”

However, Times editorial page editor Andrew Rosenthal says he doesn’t think Brooks has to tell readers about it because Brooks is a columnist not a reporter and it’s “hardly a secret.”

The news of Brooks’ son’s army membership was revealed in a recent interview with Israeli newspaper Haaretz. Brooks’ son joined earlier this year.

But, the interview was in Hebrew and for a different publication so New York Times readers wouldn’t necessarily be informed about this, despite what Rosenthal says.

The information about Brooks’ son appears “toward the very end” of the Sept. 17 article, according to the Jewish Journal.

“It is not illegal for an American citizen to join a foreign army– unless that army is at war with America.  Nor does joining a foreign army require one to relinquish citizenship,” the Jewish Journal added. (More informatin at the U.S. State Dept. and  Foreign Policy.)

“They are not going to change whether or not his son is serving in the I.D.F., beyond his natural concerns as a father for his son’s safety and well-being.”

Times public editor-at-the-time Clark Hoyt suggested Bronner move to a different assignment while his son was in the IDF, but Times executive editor at the time, Bill Keller, kept Bronner as bureau chief.

Bronner again grabbed attention in 2011 after Columbia Journalism Review flagged another potential conflict of interest. CJR pointed out that Bronner was a member of Lone Star Communications, which hooked him up with speaking arrangements but also pitched him stories. Bronner ended up axing his relationship with Lone Star Communications.

David Brooks’ Son is in Israel Defense Forces, Should this be disclosed by NY Times?