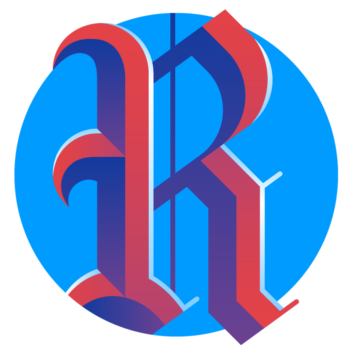 The Des Moines Register fired a reporter for tweets that broke the newspaper’s guidelines on social media practice. The irony here is that the reporter, Aaron Calvin, was working on a story that flagged problematic tweets by another man when his own 9-year-old tweets came to light.

In mid-September, Calvin was looking for background information about Carson King, a man who was visible in the background of an ESPN College GameDay game. King was holding a sign reading “Busch Light Supply Needs Replenished” with his Venmo account. King was flooded with donations and went even more viral, prompting a brief partnership with Busch Light.

Calvin found two racist tweets from 2013 and 2014 by King, and contacted King for a story. But before Calvin’s story was published, King held a press conference and apologized for the tweets, saying he was making “an attempt at humor that was offensive and hurtful” when he was 16.

Then, Calvin was criticized for flagging the problematic tweets, and his own old tweets from 2010 in which he used the n-word, mocked gay marriage and said “f*** all cops.” From there, the Register made him apologize and told him to quit or be fired, he said to BuzzFeed.

The Des Moines Register stood by its decision saying in an article from the paper’s executive editor Carol Hunter that it “took appropriate action” and that it received criticism from “hundreds of people” about the King story. While the Register said it “had no intention to disparage or otherwise cast a negative light on King,” it also seemingly stood by looking into people’s background as “essential” and creating “a complete story.”

The Register explained its process and the timeline:

“It weighed heavily on our minds that the racist jokes King tweeted, which we never published, were disturbing and highly inappropriate. On the other hand, we also weighed heavily that the tweets were posted more than seven years ago, when King was 16, and he was highly remorseful.

“We ultimately decided to include a few paragraphs at the bottom of the story. As it turned out, our decision-making process was preempted when King held his evening news conference to discuss his tweets and when Busch Light’s parent company announced it would sever its future ties with King.

“King told us later that Busch Light representatives had called him early Tuesday afternoon to say the company was severing any future relationship. Neither the Register nor King had notified the company about the tweets. Busch Light made its decision independently of any news coverage on the tweets.

The Register also said it didn’t know about Calvin’s previous tweets and that they broke guidelines on social media practice.

Calvin told BuzzFeed  “Throughout this entire process of the discovery and inclusion of the tweets, the editor knew, the editorial board knew, and the executive editor knew how I’d included them and handled them for the article, and as far as I knew, approved of that.”

iMediaEthics asked if it was correct Calvin was told he could either be fired or resign, if the Register didn’t review Calvin’s tweets before hiring him and if the Register stands by uncovering King’s tweets.

The Register‘s Hunter told iMediaEthics, “I have no comment beyond my most recent column.”