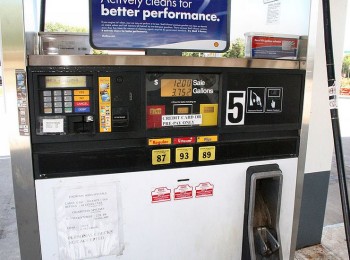 A recent New York Times article suggests that most New Jersey voters demand that all their gas stations provide attendants to pump gas for them. The Garden State is one of just two states that ban gas stations from offering self-service, the other being Oregon (which is considering allowing self-service pumps only in rural areas).

Most of the states had similar bans until the 1970s and 1980s, when improved technology made it easier for gas stations to monitor the pumps and allow motorists to pay without an attendant. But Oregon and New Jersey have resisted the trend toward self-service, allegedly because of strong public support to keep the status quo.

A Farleigh Dickinson University (FDU) poll report three years ago speaks to public support for the ban in the Garden State, with the headline “Not Much Fuel for Debate: New Jersey voters don’t want to pump gas.”

The poll question: “In New Jersey, as you know, you can’t pump your own gas, the gas station must pump it for you. Do you support or oppose this rule?”

Such a lopsided picture of public opinion seems to have terrified some politicians in the state. According to that New York Times article cited earlier, when several legislators in the state proposed a bill to allow self-service, both the senate president and assembly speaker responded that they would never even allow a vote on the issue. And Governor Chris Christie, after proposing self-service gas stations in 2009, said that when he discusses the possibility, “I get my head handed to me.”

The arguments in support of continuing the ban (safety, convenience to motorists – especially the elderly and physically handicapped) hardly seem persuasive, given that 48 states allow self-service.

And the arguments in favor of overturning the ban are at least worthy of consideration – especially convenience to motorists (so they don’t have to wait for an attendant) and financial hardship to the gas station owners that have to close off pumps because they can’t afford to hire enough attendants.

But the legislative leadership in New Jersey seems anchored to the status quo.

It’s not clear if the politicians opposed to change have been influenced by the FDU poll, or if there are other lobbying efforts on behalf of interested parties that are calling the shots. But let’s assume that the poll is having an effect, with the related assumption that opponents are primarily interested in representing the will of the public.

So, what do we make of the FDU poll?

What the FDU Poll Does and Doesn’t Tell Us

The first point to keep in mind is that the poll question does not explicitly say what would happen if the current rule banning self-service were reversed. And the lack of any suggestion as to the consequence of overturning the ban cannot help but lead respondents to conclude that doing so would get rid of full-service altogether. (That’s not necessarily the case, as I will suggest later.)

Thus, the 63% to 23% margin suggests that the top-of-mind reaction of most New Jersey voters is that they like mandatory full-service. That does not mean, however, that many of those supporters are dug in on the issue. The poll did not measure intensity – how strongly respondents feel about their responses.

As I have pointed out earlier, many respondents in a poll will give an off-the-cuff opinion, only to admit in a follow-up question that they would not be “upset” if the opposite situation (to the one they had just said they preferred) were to happen. In other words, such respondents give a quick response because that is expected of them in the survey, but then readily admit they really don’t care one way or the other.

We can’t know for sure what percentage of the poll’s respondents who said they support the current law really don’t care one way or the other, but my experience with asking a follow-up “upset” question in other polls leads me to believe that possibly even half of the supporters could fall into that category. That would suggest that perhaps less than a third of New Jersey drivers would really care if full-service were not provided.

Of course, if opinion intensity were measured, we’d no doubt find that some of the respondents in the poll identified as opponents of the ban would also not be upset if the opposite situation (to the one they had  just said they preferred) were to happen. We might well find that as much as a majority of the voters don’t care one way or the other.

But the relevant question here is on the change side: If the state overturned the ban on self-service, in order to accommodate the poorer gas stations and make the gas station experience a tad more convenient for many motorists, how many voters would actually care (or be upset)?

Why Not Both Full-Service and Self-Service?

Besides failing to look at intensity, the major omission in the FDU poll is that it didn’t explore more deeply the nuance of public opinion on the issue. After all, there is the obvious option that the state could require every gas station to provide some full-service pumps, but still allow other pumps to be self-service. Perhaps a 50-50 division would be a starting point.

The FDU poll, however, did not explore that rather obvious possibility. Instead, it gave the impression that the only two options were all full-service gas stations or none.

Do most New Jersey voters insist that there be no self-service gas pumps anywhere in the state – as the FDU poll implies, and apparently many political leaders believe?

Or would most such voters be willing to allow self-service, especially if there were also full-service available?

Perhaps a new poll would provide some enlightenment.