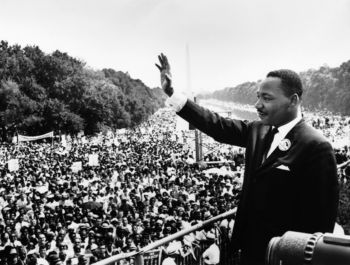 Martin Luther King Jr.'s 1963 "I Have a Dream" Speech (Credit: US Marines/Wikipedia)

In a Jan. 20 apology from WVLA parent company Nexstar Broadcasting Baton Rouge Vice President and General Manager Eric Thomas, the station said it was an “inadvertent” error and apologized. The full apology reads:

“The NBC Local 33 Management spoke with Jeanne Burns following the mispronunciation of Dr. Martin Luther King Jr.’s name last night. We believe it was truly inadvertent and does not represent Jeanne’s core beliefs nor her character. Jeanne is demoralized by this mistake and regrets it immensely. We understand the impact a mistake like this has on our community. On both Jeanne’s behalf, and the station’s, we apologize for this mistake. We hope that our, and her history of community involvement demonstrates this was nothing more than a misspeak.