Do Reddit New 'Pressiquette' Guidelines for Journalists Undermine Fair Use?

Do Reddit New ‘Pressiquette’ Guidelines for Journalists Undermine Fair Use? 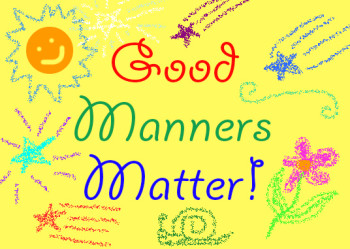 Community-run entertainment and news site Reddit has released new advice for journalists reporting on information found on Reddit that appears to undermine fair use in copyright law.

But concerning sourcing, the “pressiquette” standards go further and into the domain of fair use (emphasis ours):

“If you see an interesting story or photo on reddit, message the redditor who shared the piece to ask for their permission prior to using it in an article or list, ask how they would like it to be attributed, and provide them a deadline before you move on to another story. Please respect redditors who may wish to stay anonymous, or to not be featured in an article.”

More appropriately, Reddit makes the same request for images, the guidelines recommend. Get uploaders of images to give the OK before using and also run a “quick search to make sure that it’s original content and not a report.”

iMediaEthics points out that if the image is out of copyright or the object or subject of the Reddit story you are criticizing, no such permission is legally required.

If reporters are only participating on a reddit thread, then “that’s great” the guidelines state. “However, if you are engaging to try to generate content or on behalf of your outlet – we ask that you be transparent in those efforts.”

This part is fine, according to iMediaEthics’ editorial guidelines. Facts and contents should always be sourced.

The Reddit guidelines also call for reporters to avoid over-sharing their own work. “Your goal should be to let redditors connect around your content organically,” the standards say, linking to reddit’s guidelines on “self-promotion.”

The “self-promotion” guidelines say “self-promotion is generally frowned upon,” so don’t “spam out your links, and don’t blindly upvote your own content or ask anyone else to!”

“Reddit is a community, not a platform for self-promotion,” it reminds. “A general rule of thumb is 10% or less of your links should be your own site,” the guidelines further state.

In response to the new guidelines, technology news site The Next Web asked how far-reaching the guidelines are.

“While the rule certainly makes sense for original content on Reddit, it’s not clear whether this applies to all types of content. Do journalists need to contact AMA authors when writing about their responses? Also, are these rules mere suggestions, or do they constitute legal terms of service that journalists implicitly agree to when visiting the site?”

iMediaEthics has written to Reddit to ask these questions and what inspired the guidelines..

Do Reddit New ‘Pressiquette’ Guidelines for Journalists Undermine Fair Use?