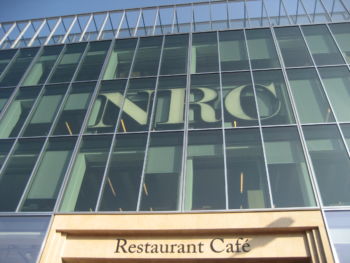 Dutch newspaper NRC Handelsblad fired reporter Oscar Garschagen, a correspondent in China, because of “serious mistakes” following allegations of fake quotes and other fabrications in his news stories. His assistant, Zhang Chaoqun, had complained he made up “quotes, names and places” in some of his reporting from 2015 to 2017.

Zhang, Garschagen’s former assistant, raised the alarm in a blogpost that called Garschagen “one of the masters of the dark art” of fabrication. He said he had seen Garschagen “fabricating, twisting and distorting stories on many occasions.” Zhang listed seven “examples of his unmatchable mastery of faking news.” For example, Zhang accused Garscahgen of fabricating a quote in a Dec. 2016 article, stating that the quote wasn’t in the recording of the phone interview. That article now carries an editor’s note reading, “Internal investigation showed that NRC can not guarantee the journalistic integrity of this story. Read more here.”

In another case, Zhang flagged a July 2017 article reporting on the result of a court case when the court hasn’t ruled.

In an e-mail to iMediaEthics, Zhang said he worked for Garschagen from July 2015 until this month. “I quit the job on September 3rd night when I sent some exposure materials to NRC and NRC ombudsman, and later published that article online,” he told iMediaEthics, saying he felt compelled to expose Garschagen because of “the pain of long term accumulation of guilt to those kind interviewees to whom I dare not to face.”

Zhang said he posted his article two hours after sending the same information to NRC because he was worried NRC would have a “serious attitude” in response. He said he didn’t have an NRC e-mail, that he never heard from NRC during his employment and that the NRC investigation didn’t properly credit him. Zhang said he thought the response was ultimately “acceptable” and that he hopes NRC continues to investigate seriously.

According to the NRC statement, which iMediaEthics read through Google Translate, the newspaper asked Garschagen for evidence to back up his reports, and found that in one case he “leaned too much on other media,” or plagiarized. Garschagen told the publication that “many stories of the past” were fine, but in others, “I made it more beautiful and interesting in some pieces than it was.”

Garschagen also is quoted as explaining that he was trying to produce stories despite personal struggles. “I never forgive myself that I’ve been so stupid and that I’ve violated the standards of the newspaper and myself,” he told the publication.

The newspaper also published the 40-page results of its investigation, in Dutch. iMediaEthics has written to NRC’s Vandermeersch to ask how many of Garschagen’s articles were affected.